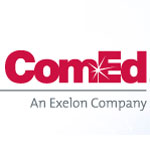 Several hundred ComEd customers in Evanston are without power at this hour after a line of severe thunderstorms swept through the area.

The outages were reported shortly after 4 a.m. and the utility predicts it will have power restored by around 6:30 a.m.

State police report that  I-94, the Edens expressway, is shut down between Foster and Touhy, and from Winnetka to Willow.