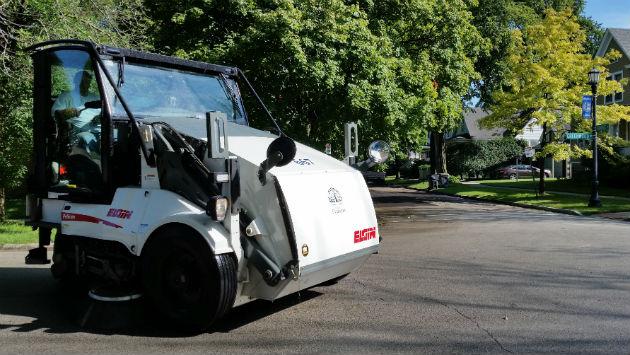 Blocking the path of a street sweeper with your car could soon cost $100 instead of $40 in Evanston.

The city’s Transportation and Parking Committee is scheduled to consider a proposal for that boost in the fine for parking in violation of street cleaning regulations tonight.

But Jill Velan, the city’s parking division manager, says the fine increase would be coupled with a policy change to stop towing cars for routine street clearning violations.

Velan says a more modest increase in the fine, from $35 last year to $40 this year, hasn’t helped reduce the violations — the monthly average for citiations issued has actually risen slightly, to 2,399 from 2,356 last year.

Velan says the city has been inconsistent in implementing the towing policy — meaning some violators are hit with the tow charge of $145 plus storage charges when they pick up their car at North Shore Towing, while others aren’t.

Under Velan’s plan towing would still be an option for specially-posted street cleaning events.