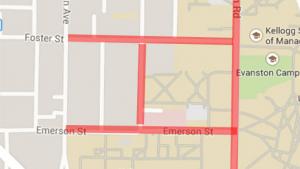 Several Evanston streets will be closed from 11 a.m. to 3 p.m. Thursday in connection with President Obama's visit to the Northwestern University campus.

City officials say the following streets will be closed: 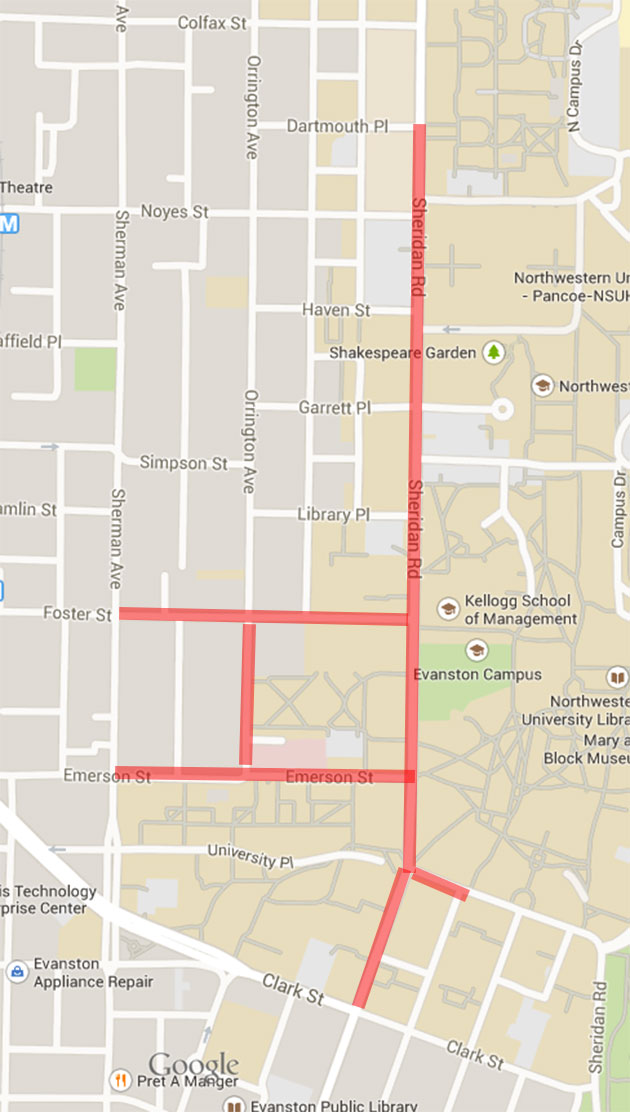 Planned road closures, in red, for the president's visit. (Map from Google Maps.)

Obama is scheduled to speak at about 1:15 p.m. at Cahn Auditorium at Emerson Street and Sheridan Road.

In addition, parking will be banned from 9 a.m. to 5 p.m. Thursday on Orrington from Foster to Emerson, Foster from Orrington to Sheridan and Emerson from Sherman to Orrington.

Only resident vehicles needing access to their homes will be allowed within one block of the street closures north of Emerson Street.

All drivers planning to use Sheridan Road after 11 a.m. are asked to find alternate routes.