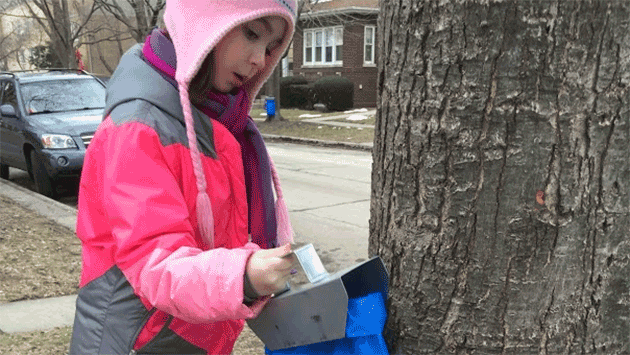 Three maple trees in south Evanston are being used this spring to provide a small test of urban food production.

As part of the Urban Sugar Bush Maple Tapping Project, a partnership between Northwestern University and the American Indian Center of Chicago, the City of Evanston issued permits to install taps on the three Evanston parkway maple trees in the 1300 and 1400 blocks of Dobson Street.

The taps were installed on March 23 and since then more than two gallons of fresh sap has been collected, yielding two cups of fresh, Evanston-grown maple syrup. 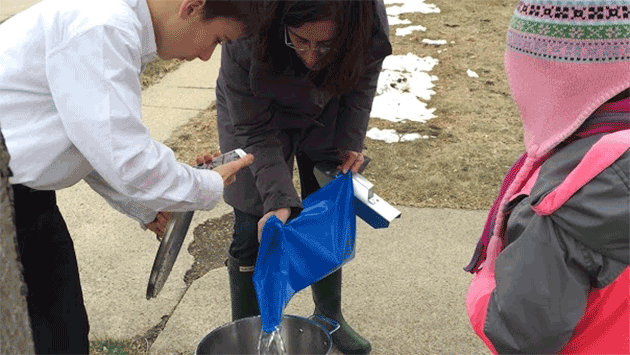 Aiden Goodman and Zoë Powers watch as Sue Hespos pours the sap into a bucket.

Rainey put them in contact with the city’s assistant director of forestry, parks and greenways, Paul D’Agostino, who identified the three healthy trees for tapping. The trees are expected to continue producing sap for another few days they begin to bloom.