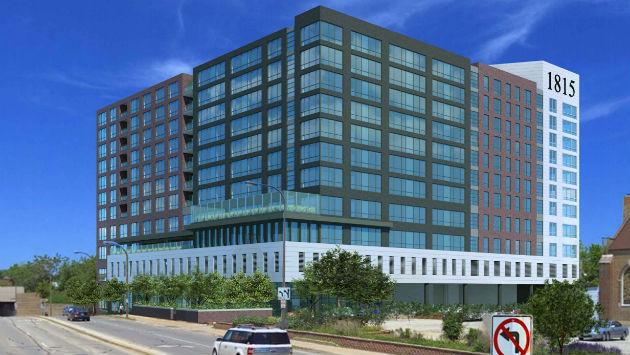 A market study for a planned new senior living community on Ridge Avenue in Evanston sees strong demand for such facilities here.

That's the case, the study says, even factoring in the scheduled opening this fall of the new eight-story tower at The Merion downtown.

The study, from the Miami office of Salus Valuation Group, a firm that specializes in evaluating senior housing and medical office building projects, is included in the developer's planned development application to the city for the project.

The study says that independent living facilities for seniors within a four-mile radius of the site have an average occupany level of 98.7 percent, while assisted living facilities have a considerably lower 89.5 percent occupancy rate.

About three-quarters of the beds in the proposed 165-unit development would be for independent living.

Salus says that next year, when the developers hope to open the new building, there should be demand for 195 independing living units with demand increasing by 29 beds per year after that.

The assisted living market, while having a higher vacancy rate now, still has an very large unmet demand for 680 beds by next year, with an increase of 28 beds per year after that.

The study says that prices for independent lving studio apartments in Evanston average $2,433 a month with one bedrooms at $2,700. Community fees at the developments add $3,500 to $4,000 to those costs.

The report indicates the prime market for such facilities is seniors 75 years and older with annual incomes greater than $100,000.

The report says Evanston's total senior population is growing more slowly than the senior population of the nation as a whole — presumably because some seniors choose to leave for warmer climates. Butthe  proportion of seniors in Evanston with incomes over $100,000 is much higher than the national average.

The 1815 Ridge project is scheduled to be reviewed by the city's Plan Commission on March 9.

A neighborhood meeting to discuss the project will be held at 7 p.m., Wednesday, Feb. 10, at Mount Zion Missionary Baptist Church, 1113 Clark St.