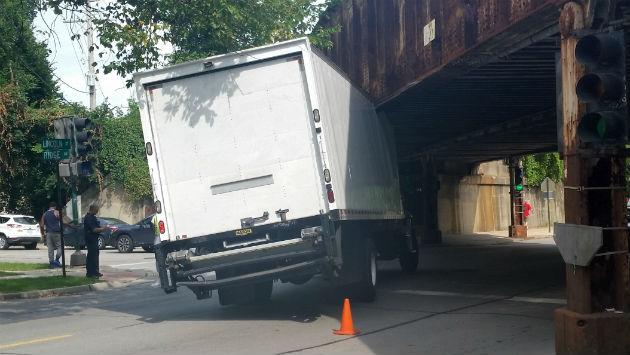 A delivery truck became stuck under the CTA viaduct on Ridge Avenue at Lincoln Street in Evanston about 10:30 this morning.

Traffic on Ridge was blocked for about an hour while a tow truck worked to pull the truck out from under the viaduct.

A Pace bus was among the vehicles caught in the line of drivers waiting for the accident scene to be cleared away.

Police say no tickets were issued as a result of the incident.