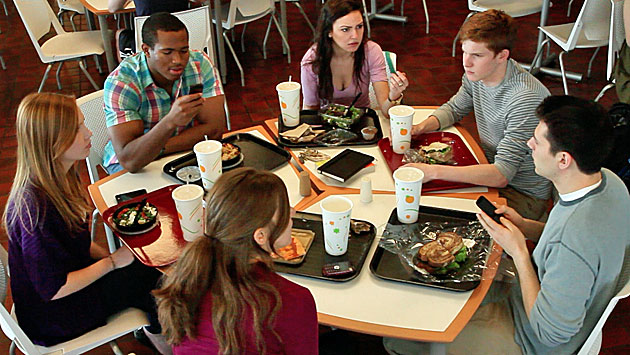 A new student group at Northwestern University, Applause for a Cause, premieres its first feature-length film May 20 with ticket proceeds going to charity.

The film, called "Rush," is a comedy portraying the experiences of six college freshmen, pictured above in a scene from the film, who decide to join Greek organizations on campus.

The film will be shown at 8 p.m. on Friday, May 20, at Ryan Auditorium in the Technological Institute, 2145 Sheridan Road. Tickets are $5 for students and $8 for adults.

Over fifty students have been working on RUSH since last September, led by the group's founders, sophomores Sara Jane Inwards and Alec Ziff.

The film has been entirely written, produced, edited, acted, and directed by students ranging from freshman to seniors in all six Northwestern schools.

The money raised through ticket sales and fundraisers for the production goes to the Ronald McDonald House near Children’s Memorial Hospital in Chicago, which provides shelter and resources for families of children with cancer.