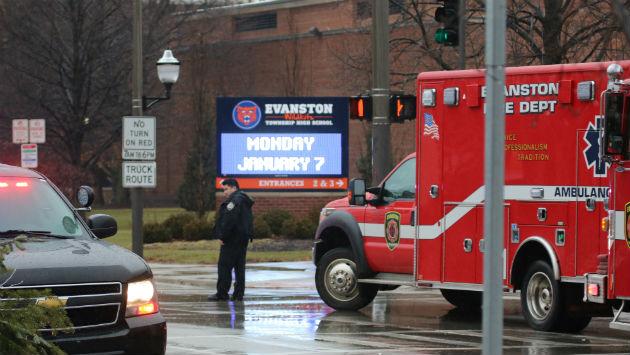 Evanston Police say an Evanston Township High School student was struck by a car at the intersection of Church Street and Dodge Avenue near the high school at 10:37 this morning.

Evanston Fire Department paramedics initially planned to transport the victim to Evanston Hospital, but it now appears he didn’t actually need to be taken there.

Police Cmdr. Ryan Glew says it appears the student was not seriously hurt. The driver of the car remained at the scene. No citations were issued.