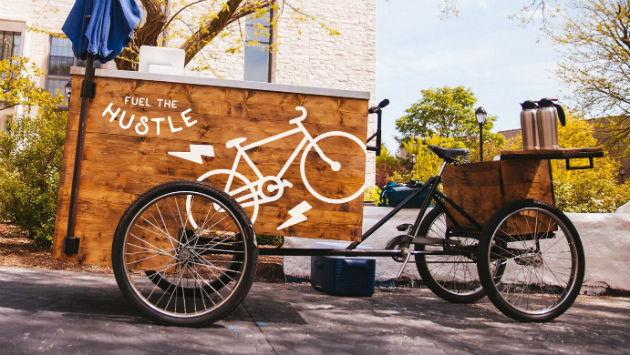 BrewBike, a student-run coffee company founded at Northwestern University, has closed an $800,000 seed round and will use the funds to expand operations in the Chicago area and to other universities.

The company got its start (and its name) from a bike serving cold brew coffee on Northwestern’s campus. Guided by founder and then-freshman Lucas Philips, the company later opened a micro-retail shop in the School of Education and Social Policy’s Annenberg Hall and launched cold brew subscriptions for on-campus Greek organizations.

“Before BrewBike, college students either had to drink bad coffee in the cafeteria or stand in long lines at Starbucks,” said Philips, who will begin his senior year at Northwestern this fall. “BrewBike solves that problem by bringing coffee to college campuses in the most convenient ways, every day.

Key investors in BrewBike’s seed round include:

Philips received $10,000 and 10-weeks of entrepreneurial learning during the company’s first year of operation when he participated in the 2016 Wildfire Pre-Accelerator at The Garage, Northwestern’s hub for entrepreneurship and innovation.

Now beginning his 11th quarter in The Garage’s Residency Program, Philips says, “We wouldn’t be here today without the resources and help of Northwestern University, especially those of The Garage.”

In January 2018, Philips recruited CEO Randy Paris, a recent graduate of the University of Chicago Booth School of Business.

With their new partnership, BrewBike made the finals of Booth’s New Venture Challenge and placed 2nd at Northwestern’s VentureCat competition. In the summer of 2018, BrewBike was one of four Chicago-area startups chosen to participate in the Pritzker Group Venture Fellows Program.