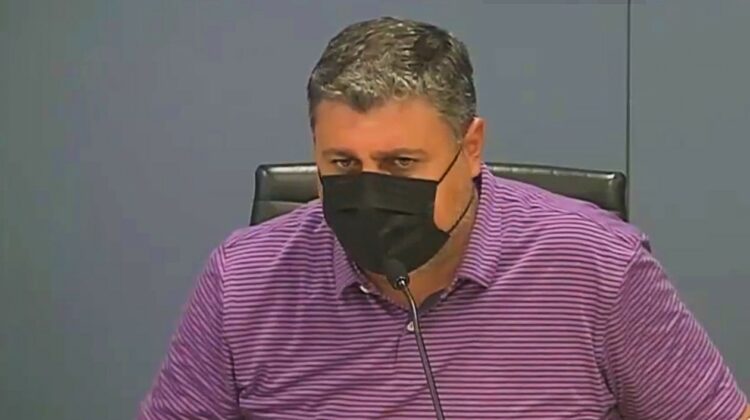 Two City Council members called this week for the city to take some sort of action to acknowledge the involvement of John Evans, for whom Evanston is named, in an Indian massacre in Colorado.

Ald. Tom Suffredin (6th) suggested the Council’s Human Services Committee should “come up with an appropriate way to acknowledge” that Evans “was not a really good dude” and “was involved in the massacre of a lot of native people.”

Ald. Devon Reid (8th) echoed Suffredin’s request, adding, “We have to reckon with the fact that the founders of this town and the person that the town is named after were racist, sexist, genocidal folks.”

Suffredin said his proposal was prompted by a constituent who had suggested that the city might choose to “stylize the way we write Evanston in lower case,” which, he conceded, “may not be practical.”

Evans was a leading member of the group of men who founded Northwestern University in 1851. Evanston was incorporated and named for Evans in 1863.

By that time Evans had left the area to become territorial governor of Colorado, although he remained chair of the university’s board of trustees for more than 40 years and was a major donor to the university.

On Nov. 29, 1864, in southeastern Colorado, U.S. Army cavalry soldiers slaughtered about 150 Cheyenne and Arapaho Native Americans, most of them women and children.

A century-and-a-half later, in 2014, Northwestern released an extensive report on the involvement of Evans in the massacre prepared by an independent committee of scholars.

It concluded there is no evidence that Evans, who was traveling in the East at the time, helped plan the massacre or had any knowledge of it in advance.

But it concluded that Evans had failed to fulfill his responsibility as superintendent of Indian Affairs to represent the best interests of the Native people in the territory.

It also concluded that his defense of the massacre after it happened revealed “a deep moral failure that warrants condemnation.”

Evans was forced to resign as territorial governor in the wake of the massacre.