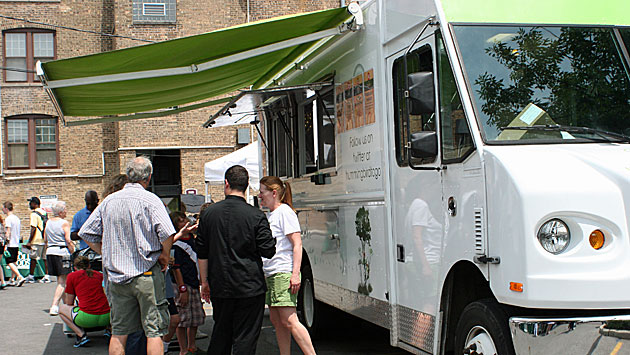 City officials — hoping to end what they describe as a costly legal battle — will propose tonight that Evanston drop its requirement that food trucks licensed here have to be owned by operators of a local bricks-and-mortar restaurant.

In a memo to aldermen, Assistant City Attorney Henry Ford says there was little indication at a public meeting in April with industry representatives that they see much need for that restriction, which the owners of a Chicago-based food truck have challenged as unconstitutional.

Changes to the ordinance up for review by the Human Services Committee committee tonight would also slightly ease geographic restrictions on food truck locations — by limiting a 100-foot buffer zone rule to apply only to restaurants, not all food service establishments. 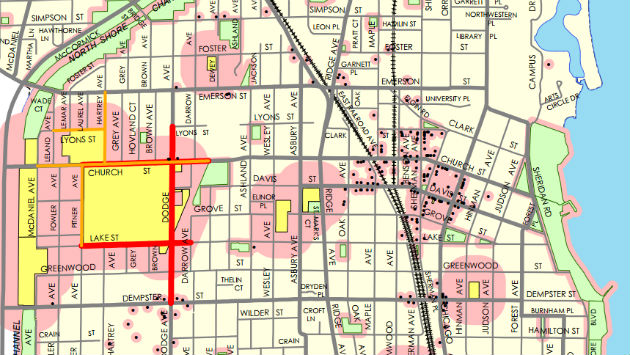 Above, a detail from a map highlighting areas where food trucks are banned under the current ordinance.

Below, a map showing how the no-go zones that would still exist under the proposed ordinance. 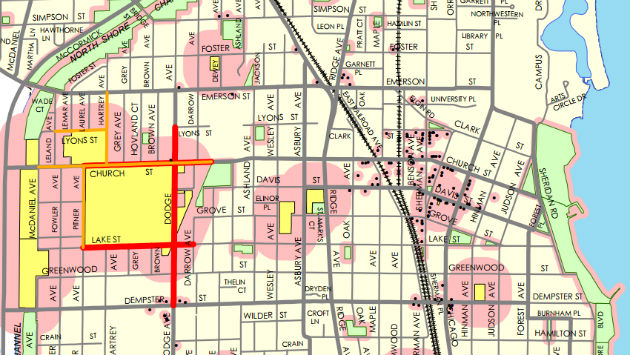 The revised ordinance would retain a 500-foot buffer zone around elementary and secondary schools, a 100-foot buffer zones around parks and special restrictions on streets around Evanston Township High School when school is in session or sporting events are being held.

One effect of the rules appears to be to largely bar food trucks from most locations where there might be enough of a crowd to make operating there economically viable.

The staff memo also suggests developing a pilot program for next year to allow food trucks in certain park and beach areas and other locations where food isn't available now, but those ideas aren't included in the ordinance revisions to be reviewed tonight.