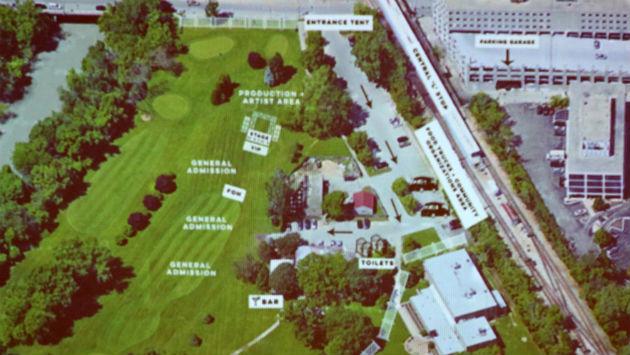 The operators of the Evanston Space music venue are planning to hold outdoor concerts at the Canal Shores golf course this summer.

At a meeting Tuesday night organized by Alderman Eleanor Revelle, 7th Ward, for neighbors to discuss the plans, Jake Samuels from Space said the events would take place on holes one and two of the golf course, just south of Central Street, on Friday and Saturday, July 27 and 28. 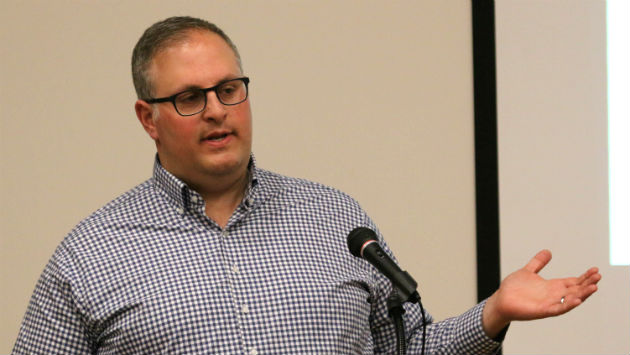 Samuels said perhaps 2,000 or more people would attend the event. There’d be a small amount of seating and concert-goers would be encouraged to bring picnic blankets and chairs to sit on the lawn. Gates would open about 5:30 or 6 p.m. each day, and “we’d be cleared out by 10 p.m.,” he added.

“We’ll have food trucks and sell beer and wine,” Samuels said. “It will be a very casual event, sort-of Ravinia style.”

He said the event will have “festival-style audio” and would not feature “loud, raucous rock bands.”

“We expect the audio to be a non-issue for neighbors,” Samuels said.

A diagram of the event layout projected at the meeting shows the stage located toward the north end of the site, near Central, with the audience seated to the south of that, and food trucks and other vendors located in the Chandler-Newberger Center parking lot just west of the CTA tracks. 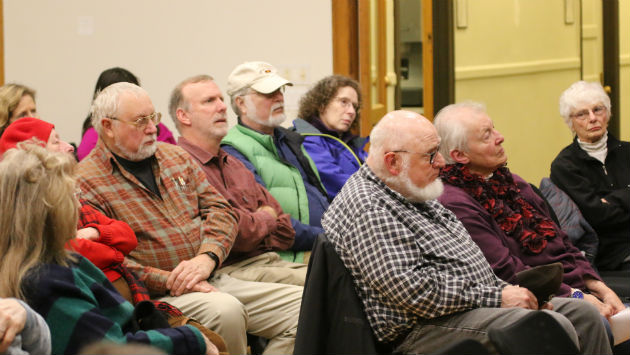 Some of the residents who turned out for the meeting, held in the Parasol Room at the Civic Center.

Samuels said Space has arranged for parking for the concerts at the 1000 Central Street office building garage, just east of the CTA tracks, and in the open lot at the COS Building at 2500 Ridge Ave.

He said that in 10 years of holding music events at the Evanston Space location at 1245 Chicago Ave. there’ve been “no issues or disturbances.”

He said Space held a similar event last June at Temperence Beer Co. in west Evanston and found that a third of attendees biked or walked to the site and another third used ride-sharing services. Based on that, and easy access to the Purple Line at the Canal Shores site, he said he’s convinced parking will be sufficient and added that organizers would work to keep attendees out of residential areas.

Alderman Revelle said the city’s not planning to have any parking restrictions like on football weekends for the concerts. “Just normal parking regulations,” she said, “and most blocks around there have restrictions until 6 p.m.”

One audience member, Jeff Smith, said “I don’t think this is anything we can’t handle, and it will bring a lot of money into the city and a lot of excitement. When can we get tickets?”

Samuels said the schedule of performers for the concerts would be announced in early April, adding “I think it will really reflect Evanston values and Evanston musical taste.”