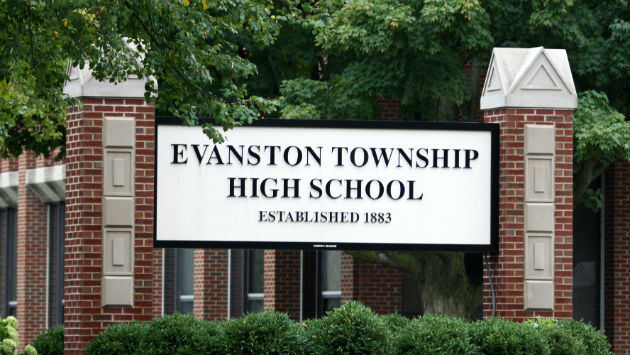 Most parents want their children back in the classroom. Most teachers want to avoid the classroom like the plague, because of … the plague. Or rather, the coronavirus.

Those are the conflicting results of surveys taken by Evanston Township High School on whether to reopen the building for school next month, or to have classes taught remotely.

At first, ETHS was going to use a hybrid model … part in-person, part e-learning. But after strong faculty objections, the in person component was dropped until some uncertain time when coronavirus conditions improve.

Nearly three-quarters (73.5%) of the parents who answered the survey said their student(s) would attend in person if the option was offered. Some were adamant. “If an in-person option is not available, my son will go to a different school,” said one parent in the anonymous comments section.

But most teachers were just as adamant, the other way. Almost every staff member who responded to their separate survey, 88.1%, said their biggest concern about returning to work was being exposed to COVID-19. One staff member put it this way: “it just takes one exposure to change the life of a family….Going back to an environment with more than 1,000 people and trusting everyone is taking the necessary precautions keeps me up at night.”

The parent and student poll was distributed June 30. The staff survey was not given until two weeks later. And that time lag appears to be highly significant.

The ETHS administration and School Board approved the hybrid plan based only on the parent/student poll. The staff poll was distributed after the hybrid system was okayed. Teachers’ union president GionMatthias Schelbert said the faculty was “blindsided” by the lack of input.

Faced with a near-rebellion from employees, ETHS leaders reversed themselves and dropped the in-person component.

The two week lag between surveys was highly significant in another way as well, because things were getting worse on the coronavirus front.

In a virtual town meeting earlier this week, Assistant Superintendent Pete Bavis said, “We quickly realized the student/guardian poll was outdated very soon after it was sent out.” Even though the number of COVID cases remains low in Evanston, the illness has skyrocketed in other places around the country. “Families have expressed concern about returning to the building since the poll was sent out,” Bavis explained.

Actually, a fair number in the parent survey (12.1%) did say their students would not attend school in person, but would take part in remote learning. Said one: “I’m a parent that works in health care and exposures are very real. I can’t imagine my son being in school …when the disease is very much so present. We’ve had two family members die from COVID….”

As for the staff, nearly four in ten (39.8%) said they would be unable to come to work because they or a family member would fall in the high risk COVID-exposure categories. “You are asking us to risk our LIVES to enter that place,” an ETHS employee wrote. Staff members had other reasons for not being able to work. A quarter, 25.3%, said they could not show up if schools or day care centers were closed, and they had to care for a child.

And despite the differing responses, there were some similarities among parents and educators. Written comments showed both groups were worried about whether health and safety guidelines could actually work in a school. “Can you guarantee that you will correct every student that is not wearing their masks appropriately,” asked a parent. An employee seemed to answer: “I think it is unrealistic to expect students to wear masks all day.”

One parent perhaps best summed up the challenges facing families, educators, students and school systems under the new COVID-19 reality: “I have one child who is eager to get to school, and another who is very worried about attending school if it is open, even with the [health and safety] guidelines.”