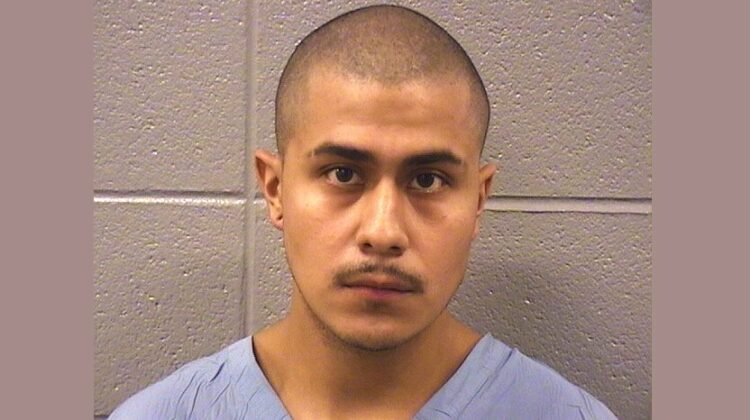 Cmdr. Ryan Glew says officers responding to 911 calls about the shooting just before 10:30 p.m. in the 1700 block of Dodge saw a Saturn Vue leaving the scene being driven westbound on Church Street.

Officers tried to pull over the vehicle after observing a traffic violation, Glew said, but the car sped off and officers lost sight of the car after a brief pursuit.

A short time later officers located the car at the Yellow Line Station in the 5000 block of Dempster Street in Skokie, and found Alejandro Lopez in the driver’s seat.

Lopez, of the 500 block of Belvidere Road in Waukegan, now has been charged with first degree murder and other offenses. He appeared in Skokie bond court Tuesday and is being held without bond.

Glew says a number of other people were involved in the shooting and police are still looking for them. Anyone with information is asked to call the Evanston Police Detective Bureau at 847-866-5040 or Text-A-Tip to CRIMES (274637) and then start the message with EPDTIP.