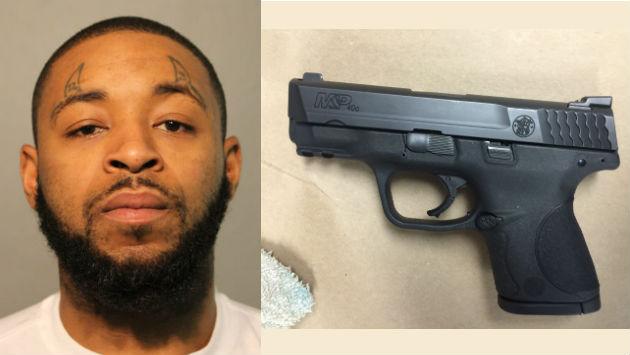 A 29-year-old Chicago man has been charged in a shooting incident Sunday morning in the IHOP restaurant parking lot in Evanston.

Police Cmdr. Joseph Dugan says Cornelius Jones of 7557 N. Ridge Ave. was already a suspect in a narcotics investigation when he was identified by witnesses to the shooting as being the gunman.

Dugan says members of the department's Special Operations Group executed a narcotics search warrant at the suspect's apartment Wednesday evening, arresting Jones and recovering a loaded Smith and Wesson .40 caliber semi-automatic handgun, ammunition for it and a quanity of cannabis.

He's now been charged with aggravated battery with a firearm, aggravated discharge of a firearm, unlawful use of a weapon by a felon and unlawful possesson of cannabis.

In the Sunday incident officers were called to the restaurant parking lot at Howard and Asbury where witnesses said a man had walked up and asked a man what gang he belonged to. When the victim, a 25-year-old Beach Park man, said he didn't belong to any gang, the gunman shot him three times and fled the scene in a grey vehicle.

The victim took himself to St. Francis Hospital where he was treated for gunshot wounds to his torso, arm and leg. Police say the victim has now been released from the hospital.