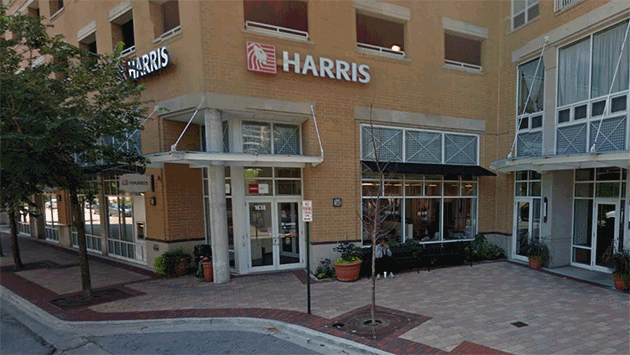 Evanston police say they have a suspect in custody who matches the description of a man who held up the BMO Harris bank branch downtown this noon.

But Police Cmdr. Joseph Dugan says detectives are still gathering evidence to determine whether the suspect actually was the bank robber.

Dugan says the robber gave a note demanding money to a teller at the bank at 1638 Maple Ave. about 12:05 p.m. and fled with an undetermined amount of cash, heading east on Church Street

The robber was described as a 6-foot-tall thin black male in his 20s wearing a dark jacket.

Officers started searching downtown shops for the robber as well as stations along the CTA Purple Line.

Dugan says two officers at the South Boulevard station spotted a man on the platform who matched the description of the robber. When they approached him, Dugan says, the man jumped off the platform, ran across the track and headed westbound into the nearby residential neighborhood.

Police set up a perimeter around the neighborhood and called in the department's canine unit to help in the search.

Police forced entry to the building and found the man who officers recognized as the person who'd fled from them at the CTA station inside, hiding in a bathroom.

Dugan says no charges have been filed as yet against the suspect and police are waiting on surveillance video from the bank and other evidence to determine whether he will be charged with the holdup.