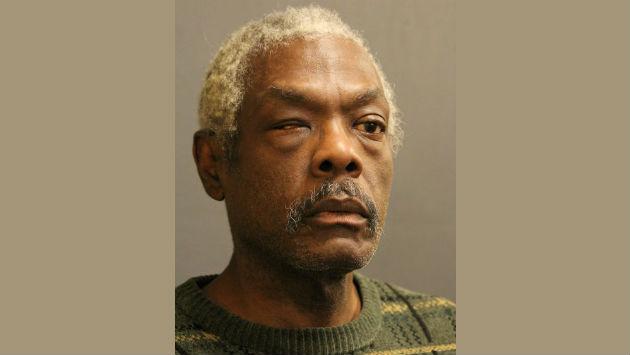 Police have charged a 63-year-old Evanston man with four different attacks involving a knife including one in which a dog was stabbed.

Evanston Police Cmdr. Ryan Glew says James Collins was taken into custody Friday afternoon about 4:15 p.m. after he tried to rob a 51-year-old Chicago woman who was walking in the 800 block of Church Street.

Glew says Collins approached the woman with a knife, demanded her purse and grabbed at a large duffle bag she was carrying that held a cat. He allegedly threatened to stab both the woman and the cat.

Witnesses called 911, Glew says, and responding officers took Collins into custody and recovered his knife. Neither the woman nor the cat was injured.

About 24 hours earlier at the Davis Street CTA station a 68-year-old Evanston woman told police she’d been approached by a male acquaintance who grabbed her hand tried to slash her wrist. The wool cuff of her clothing protected her wrist and she was not injured. Glew says Collins has admitted to being the perpetrator in that incident.

An image police released of the suspect in the Nov. 23 dog stabbing incident. (EPD photo)

The day before that, on Wednesday at 6:23 p.m. Glew says Collins battered a 19 year old Evanston man at the Burger King on Orrington Avenue. Collins approached the victim and rubbed a knife on his arm and poked him several times in the arm, Glew says. Collins then fled. The victim was uninjured.

Collins has also been charged in the Nov. 23 attack on a Springer Spaniel dog being walked by a couple in the 800 block of Church St at 12:12 p.m.

The couple was approached a man who asked to pet the dog but then produced a knife, stabbed the dog in the leg and fled.

The dog was taken to a local animal hospital and has recovered. Glew says Collins admitted to detectives that he had stabbed the dog.