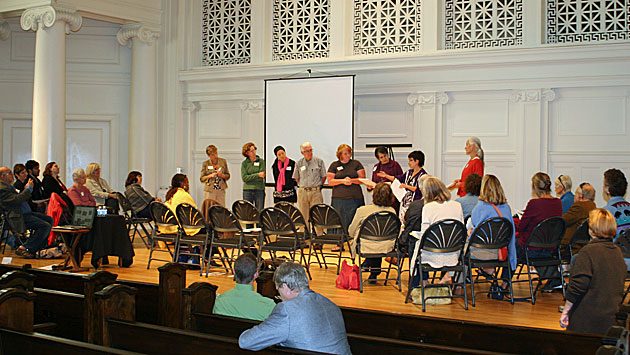 About 30 people gathered this morning for the first of five listening sessions aimed at developing a roadmap for the arts in Evanston.

The participants in the session at the Music Institute of Chicago's Nichols Hall offered a wide array of ideas for how to improve the local arts scene — both for professionals and amateurs seeking a creative outlet. 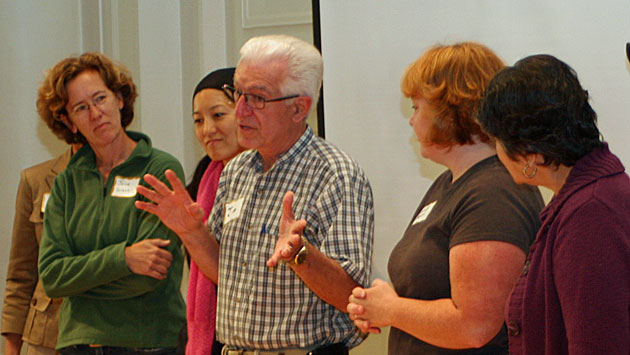 Looking around at the group composed mostly of women, downtown resident Jim Corirossi suggested one thing the city needs is more arts programs designed to appeal to men.

And Alderman Jane Grover, 7th Ward, suggested the city needs more opportunities for residents to express themselves artistically, without the risk of feeling self-conscious about their level of talent.

The roadmap project, also called "EvanstARTs," is being organized by the city, its arts council and the Evanston Community Foundation.

One theme developed by consultant Amina Dickerson was that the city may need to reach beyond its own borders and form alliances with nearby communities to achieve the extraordinary arts scene that backers hope to develop.

And she noted efforts by arts groups elsewhere to share service functions while maintaining their independent creative missions — including 1Berkshire, which provides consolidated back-of-house supports for arts groups in the Berkshire mountain region of western Massachusetts.

She also provided examples of arts districts that can serve as a cultural core for a community, including Pack Place Education, Arts and Science Center in Ashville, N.C., and the Gordon Square Arts District in Cleveland, Ohio.

Another listening sessions was scheduled for tonight at the Fleetwood-Jourdain Community Center. Here's the schedule for the remaining three sessions: