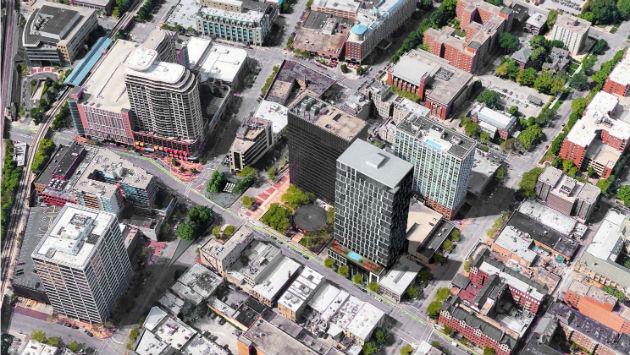 Plans for what would become Evanston’s tallest building are scheduled for review by the city’s Preservation Commission Tuesday night.

The planned 33-story apartment building at 601 Davis St. would rise 313 feet, topping the height of the adjacent 1603 Orrington tower, which, at 277 feet, has been the city’s tallest building since its completion in 1969. 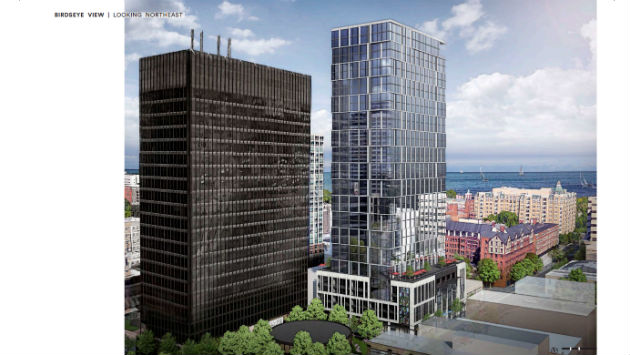 A birdseye view looking northeast toward Lake Michigan with the 1601 Orrington building in the foreground.

The Preservation Commission session, scheduled for 7 p.m. Tuesday in Room 2404 at the Civic Center, will be the first public presentation of plans for the 601 Davis project since a 1st Ward meeting last March, where some residents raised objections to its height and potential impact on traffic.

The project would preserve and renovate the two story landmark University Building on the corner of Davis and Chicago Avenue, with the new building to be constructed on adjoining parcels. One of those is vacant, the other contains the drive-thru for Chase Bank. 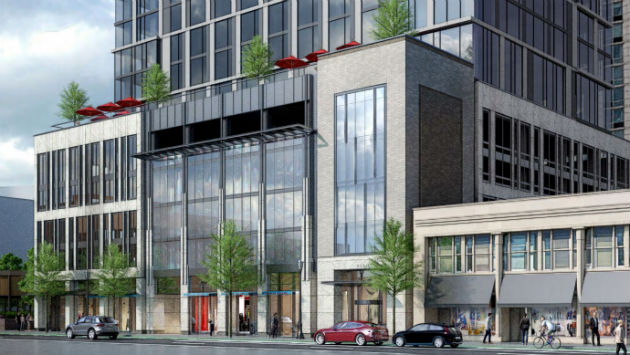 A rendering of the base of the planned towner showing the existing University Building on the right.

The building would incorporate a smaller bank drive-thru facility into its ground floor.

The project will require a variety of site development allowances for, among other things, height, parking and the depth of its ziggurat setback. 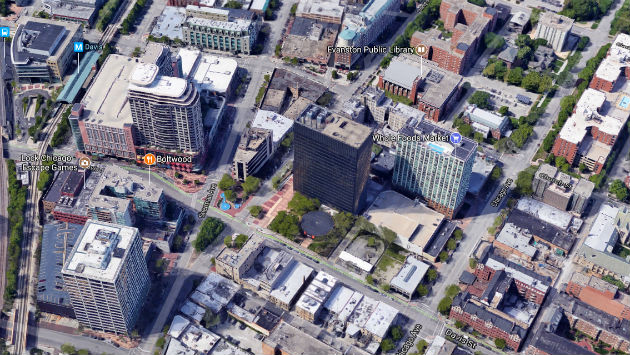 An aerial view of the 601 Davis site and its environs today, from Google Maps.

The Preservation Commission makes advisory recommendations to the Plan Commission regarding landmarked properties in planned developments.

The Plan Commission in turn makes recommendations to the City Council, which will ultimately decide the project’s fate.

Update: The commission took no action on the 601 Davis proposal on Tuesday, Sept. 19, and is now scheduled to review the proposal at a special meeting on Tuesday, Oct. 10.