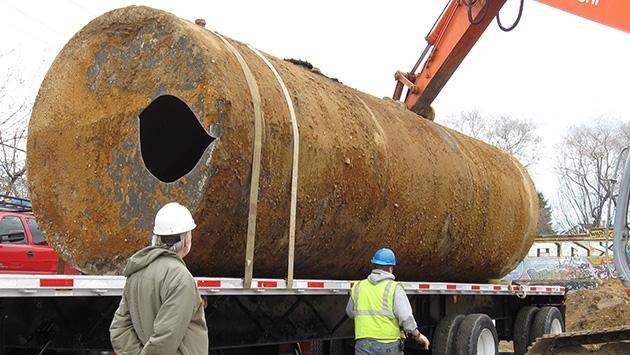 Old gasoline storage tanks are being removed today from the site of a planned Chase Bank branch in northwest Evanston.

The tanks are being pulled from the ground at the shuttered Citgo gas station on the northwest corner of Crawford Avenue and Gross Point Road. 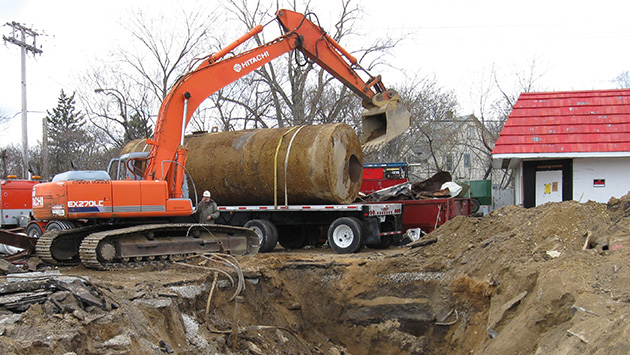 Walter Hallen of the city’s Community and Economic Development Department says the city has issued permits for the removal of the tanks, but the developers haven’t yet filed requests for a permit to demolish the station or for building permits to construct the planned bank.

A zoning change to permit a drive-thru for the bank branch was approved last fall by the City Council after several revisions to a project that initially drew widespread opposition among neighbors.

The city’s planning division manager, Dennis Marino, says the developers filed for a special use permit for the drive-thru at the site in February but withdrew that application shortly thereafter.

In addition to the special use permit, Marino says, the project still needs a permit to demolish the old gas station and a building permit to actually construct the new bank branch.