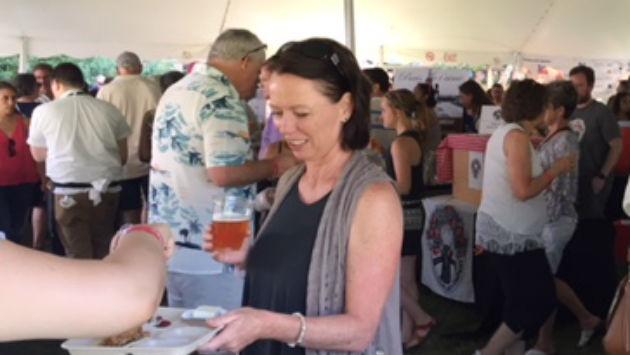 The Fourth Annual Taste of Evanston, held Sunday on the lawn of the Dawes House, raised an estimated $50,000 for charities supported by the Rotary Club of Evanston Lighthouse, which was its sponsor.

The figure was announced to the club’s membership at its regular weekly meeting Tuesday by Bill Glader, the member who was in charge of the event.

He said some 500 persons attended the Taste, which featured food and drink from about 40 local suppliers, including many of Evanston’s most popular restaurants.

Glader credited perfect weather conditions, plus an idyllic setting near the shore of Lake Michigan, as factors that affected the success of the club’s venture, which included remarks from Evanston Mayor Steve Hagerty.

Annually the club uses proceeds of its fund-raising efforts to support local charities as well as some international projects, such as the worldwide eradication of polio, in cooperation with Rotary International, which is headquartered in Evanston and includes in its membership more than 35,000 clubs worldwide.

The two principal beneficiaries of funds raised at the Taste are Connections for the Homeless and the Reba Place Development Corp.