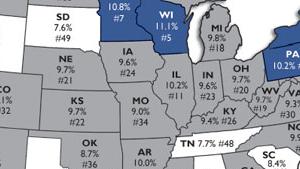 The state and local tax burden on Illinois residents has gone up — rising from 13th to 11th highest in the nation between 2009 and 2010. 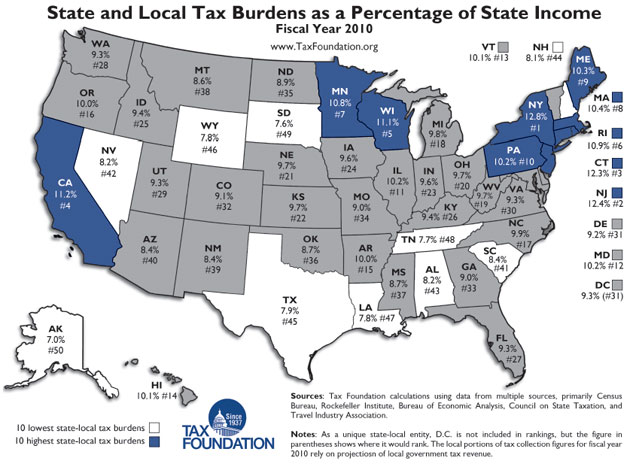 The state and local tax burden on Illinois residents has gone up — rising from 13th to 11th highest in the nation between 2009 and 2010.

That's the conclusion of a report released today by the Tax Foundation, which says the new numbers show that Illinois residents paid 10.2 percent of their income in state and local taxes in 2010, up from 10.0 percent in 2009.

The newly released data from the research and policy think tank does not include the boost in the corporate and personal income tax that took effect last year.

The Tax Foundation study includes taxes that residents of one state pay to another state as part of the burden in their home state. So people who pay taxes to Nevada during a Las Vegas vacation have that tax included, as do people who live in Connecticut but work in Manhattan and pay income tax to New York City.

Elizabeth Malm, an analyst with the foundation, says states have increasingly turned to trying to boost revenue from non-residents in recent years.

Alaska, with state government largely funded by oil revenue, has the lowest burden at 7 percent. New York has the highest at 12.8 percent.