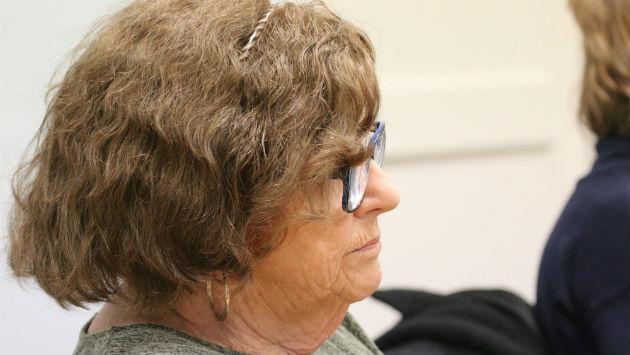 Alderman Ann Rainey, 8th Ward, says she thinks the city should propose a referendum to increase the Real Estate Transfer Tax to help fund affordable housing programs in the city.

Rainey, speaking at a meeting of the City Council’s Inclusionary Housing Ordinance Subcommittee this evening, said, “There’s a lot of affordable housing advocates who’d work for it.”

“If this community is for housing for everyone,” Rainey added, “We should ask the community to buy into supporting affordable housing.”

The only other aldermen present for the committee meeting, Don Wilson, 4th Ward, agreed that such a referendum could be part of “an equitable solution” to the problem.

Rainey noted that the transfer tax would capture revenue from the sale of commercial property as well as homes.

But one of the residents in the audience for the meeting, Ray Friedman, objected, saying, “I’m already paying a transfer tax and don’t want to have to pay another one.”

Friedman suggested that only developers of new buildings “who are in business to make money” should have to fund the affordable housing effort.

Evanston currently charges a real estate transfer tax that, except for certain exempt transactions, amounts to $5 per $1,000 of the price of any property sold in the city. State and county transfer taxes add another $1.50 per thousand to the cost of a sale.

In November 2006 Evanston votes defeated a proposed 20 percent increase in the city transfer tax targeted for affordable housing by a fairly narrow 51.7 to 48.3 percent margin.

A similar referendum, but with the tax hike targeted to funding public safety pensions, was soundly defeated — 57.9 to 42.1 percent — at the presidential primary election in Feburary 2008.

Rainey said the city has already missed the deadline to get a transfer tax increase on the March 20 primary election ballot, but could still get it on ballot for this November’s general election.

When the council scheduled the 2006 vote, one housing advocate, Sue Carlson, apparently anticipating a tough road to approval for the tax hike, called the referendum a betrayal of affordable housing.

The revenue generated by the transfer tax varies from year to year based on the state of the market, but the city’s budget projects it will produce $3.3 million this year.