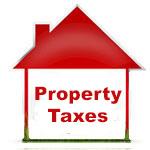 Evanston homeowners will see their tax rate increase more than 15 percent when new tax bills are issued in a few days — but because of declining home values, the average tax owed will increase only about two percent.

That's the word from Cook County Clerk David Orr, who released tax rate figures at a news conference this morning.

For Evanstonians the biggest percentage increase in tax rates will be for the Evanston Public Library. Its rate will increase 35 percent, from 0.173 to 0.234 percent of the property's assessed valuation.

The only decrease will come from the North Shore Mosquito Abatement District, whose levy will drop 30 percent from 0.01 to 0.007 percent of assessed valuation.

School tax rates — for District 65, District 202 and Oakton Community College will each increase a little over 16.5 percent — at or close to each district's tax-cap imposed limit.

Evanston and other communities in northern Cook County were reassessed last year for the first time since 2010, so the decline in assessed values reflect the sharp drop in real estate sales prices during that period.

Recent increases in property values won't be fully reflected in tax rates until after the next triennial reassessment.

For an Evanston resident not in any park district with a home that the assessor has assigned a market value of $200,000, if the homeowner qualifies for a homowner's tax exemption but no other exemptions, the tax bill for the year, according to a formula provided by the county clerk's office, would be $4,507.21.

Evanston's tax rate of 9.747 percent for properties not in any park district, is significantly higher than the 6.832 rate in the City of Chicago. The next lowest rate in the county is 7.003 in the Village of Barrington.

By contrast, several south suburban communities have rates more than three times as high as Evanston's.