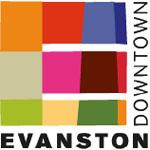 A continuing decline in property tax revenue is putting a squeeze on the budget of Downtown Evanston and leading it to seek a bigger direct contribution from the city.

Because of the decline in real estate values as a result of the recession, the special service area tax on downtown commercial property is expected to yield only $320,000 next year, Downtown Evanston Executive Director Carolyn Dellutri told the city's Economic Development Committee Wednesday night.

Under the city's agreement with the non-profit marketing and management organization, Downtown Evanston receives the revenue generated by the SSA tax plus a contribution of up to $138,000 in additional funds from the city as part of a bargain several years ago that led to the exclusion of downtown residential property owners from having to pay the SSA tax.

While in 2012 Downtown Evanston only asked for and received $77,000 in general city funds, Dellutri requested the full $138,000 this year, and the committee unanimously voted to support that request.

Dellutri said Downtown Evanston plans to increase its spending less than one percent next year and that its board has agreed to dip inito rreserves for nearly $20,000 to close next year's expected budget gap.

EDC member Seth Freeman said, "I don't have a problem" with the group asking for the full $138,000. "I think they provide a pretty valuable contribution to the city that exceeds the amount we've funded in most years."

And Alderman Ann Rainey, 8th Ward, said the downtown merchants and commercial property owners have agreed to be taxed more. "They're going above what most neighborhoods do," Rainey said.

Alderman Melissa Wynne, 3rd Ward, said, "I think your organization really does good things. I like all the new ideas you come up with."

Wynne said she'd heard wonderful things about the wedding walk event Downtown Evanston organized for the first time this year, "so I'm in favor of the request."

After the unanimous approval by the committee, the budget request goes to the full City Council. Given that a majority of the aldermen are on the EDC, that approval is highly likely.