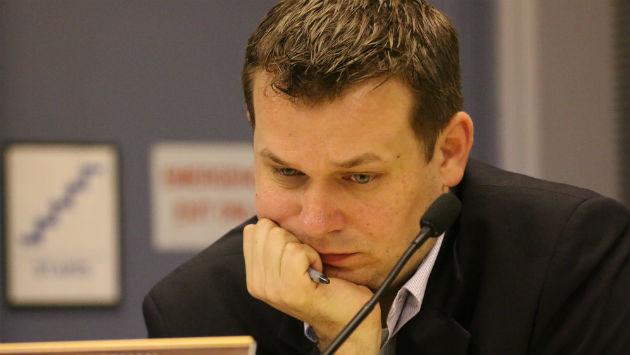 Most aldermen Monday seemed to favor getting Evanston out of the taxi regulation business — but at least one sought to still block out-of-town cabs from operating here.

Taxi medallions are issued by the city for a modest fee, but capped by city ordinance at a total of 140.

That's long created a private secondary market in the medallions, with prices, according to City Manager Wally Bobkiewicz, rising as high as $60,000 to $70,000 a few years ago.

But with the arrival of transportation network providers like Uber and Lyft, the market for medallions has collapsed — with prices recently as low as $10,000, Bobkiewicz said.

And with Corporation Counsel Grant Farrar saying only about 100 of the 140 medallions have been renewed this year, it's unclear whether a medallion will have any market value in the future.

Taxi medallion prices in some cities — like New York — had risen in value as high as $1 million — and the collapse in their prices has led to calls for bailouts and to the failure of a credit union that had loaned money against their value.

Farrar says that, except for the medallion scheme, city's taxicab regulations are essentially a complete duplicate of state rules that taxi owners and drivers already have to comply with.

Bobkiewicz said that while the medallion owners don't want to be regulated by the city — they do want to be protected against outside competition.

But he said trying to enforce limits on outside cabs could be extremely difficult — since many cab drivers now also operate as Uber or Lyft drivers from their cabs — and the city has decided to rely on the state's regulatory scheme for those services.

If a cop stopped an out-of-town cab driver, Bobkiewicz said, the driver would just say he's operating here for Uber or Lyft.

Bobkiewicz said city staff plans to hold another meeting with the taxi drivers and would probably return to the City Council with proposed taxi ordinance revisions next month.