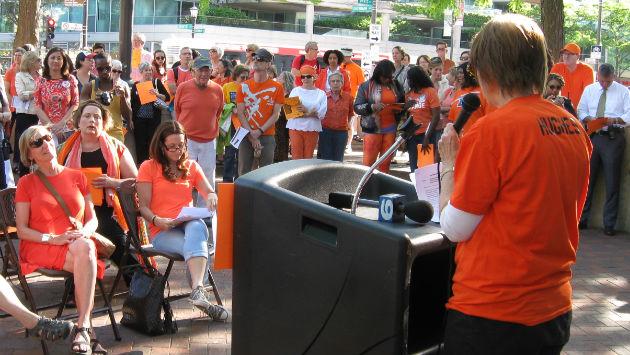 Speakers at Thursday’s Fountain Square rally against gun violence brought both tears and cheers to their supporters who packed the venue in downtown Evanston.

Particularly emotional were remarks by Royce Pryor and Carolyn Murray, who lost their young children to gun violence.

Pryor's daughter, Kaylyn, was killed last November in Chicago as the young model walked to the bus stop from her grandparents' home. 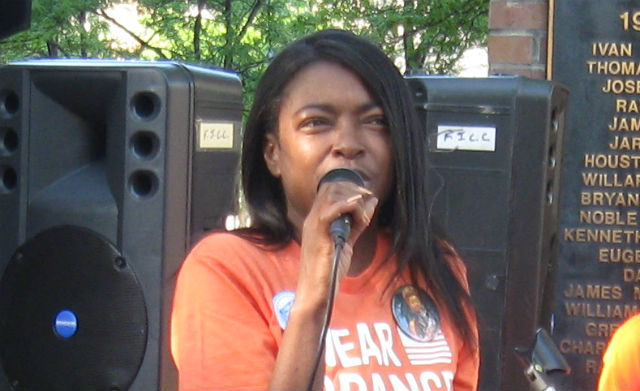 Pryor recalls the event that took her daughter's life exactly seven months ago.

Pryor broke down as she recalled that it was the seventh month anniversary of her daughter's death, and it brought tears to many in the audience.

Then they heard from Carolyn Murray, whose son, Justin, was shot and killed in Evanston on Nov. 29, 2012. 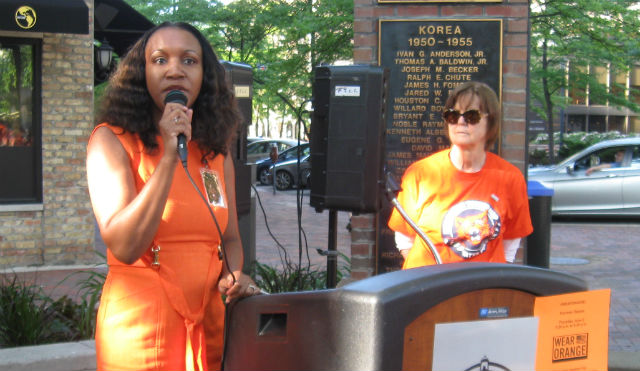 Following the death of her 19-year-old son, Murray has been instrumental in launching a gun buyback program, designed to take guns off the street "so that they cannot travel from state to state." 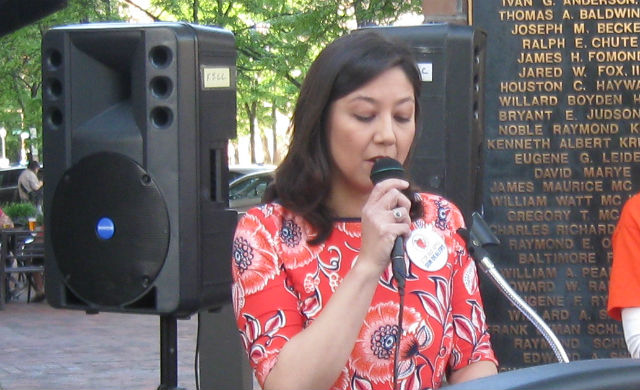 Denyse Stoneback, founder of People for a Safer Society, brought favorable applause from the audience as she challenged them to contact their state legislators to urge them to vote in favor of a bill to license gun dealers in Illinois, an effort that is facing stiff resistance from downstate Republicans.

Camille Allen, a recent graduate of Evanston Township High School, who served the past school year as the student representative on the District 202 School Board, memorialized fellow classmate Dajae Coleman, who was struck down in Evanston by stray gunfire during their freshman year four years ago. 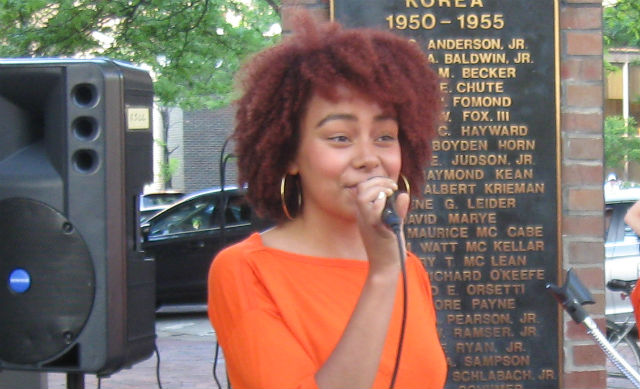 "His death made gun violence real to me," she said.

Presiding at the meeting was Evanston Mayor Liz Tisdahl, who last month proclaimed June 2 as National Gun Violence Awareness Day in the city and had encouraged citizens to wear orange that day to honor “the 88 Americans whose lives are cut short by gun violence every day and the countless survivors whose lives are forever altered by shootings each year.”