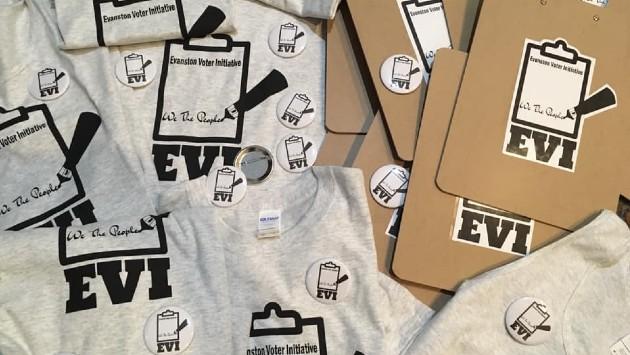 The Evanston Electoral Board is scheduled to hear an objection to the initiative proposal when it meets at 6:30 p.m. Thursday in Room G300 at the Civic Center.

A review of the petition sheets by Evanston Now shows that about 930 signatures — or nearly the entire margin by which the petition drive exceeded the roughly 2,800 minimum required — were collected by non-Evanston residents. Most prominent among them was former Governor Pat Quinn, who lives in Chicago and gathered 664 signatures.

Three other Chicagoans and one resident of Brookfield added a total of 266 signatures.

Among Evanston residents, Bob Crews. 71, of 2615 Poplar Ave., had the most success, gathering 706 petition signatures. Crews has spoken occasionally at City Council meetings in favor of independence for the library board and against time limits on public comment speakers.

Allie Harned, 45, of 1515 Greenwood St., the leader of the petition drive, followed with 527 signatures. Harned, a social worker in District 65 schools, was an organizer of the 2018 advisory referendum urging preservation of the Harley Clarke mansion.

Diane Thodos, of 2668 Orrington Ave., collected 408 signatures. An artist, Thodos has pushed for preservation of the Harley Clarke mansion and once urged the city to pull its funds from major banks.

Dan Coyne, 62, of 827 Monroe St., collected 357 signatures. A District 65 social worker, Coyne is also a member of the Ridgeville Park District board, filed an ethics complaint against an alderman who criticized him and provides live video streams of many community meetings.

Elliot Zachin, of 715 Asbury Ave., collected 185 signatures. Zachin has been an activist with Reclaim Evanston and has supported increasing the minimum wage and opposed contracting out victim services programs to the YWCA.