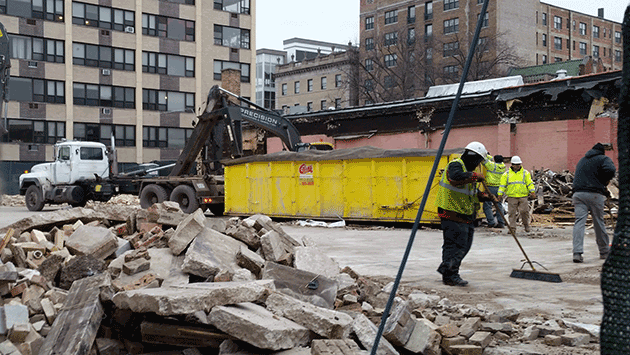 While the former Tom Thumb hobby shop on Davis Street sat vacant for months, once demolition work on it started this week, it came down quickly.

The hobby shop is to be replaced by a new two-story restaurant and retail space that will include new locations for Dan Kelch's LuLu's and Taco Diablo. 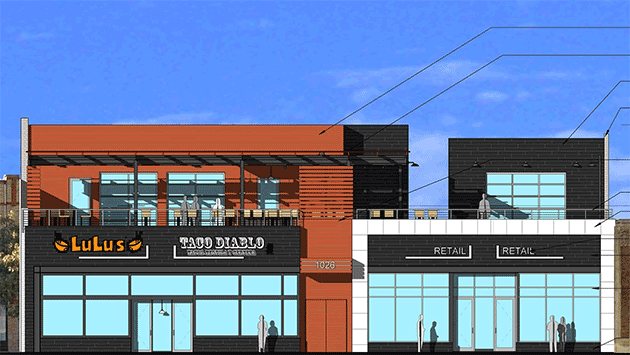 After we wrote earlier this week about plans for the new restaurants at 1026 Davis, Kelch called and offered some additional details about what's planned for the second story space.

He says the working name for the upstairs space is the "Five and Dime" and it will offer a bar and some food options that won't be the same as either of the first floor restaurants.

With a big open patio in the front he sees it as also being a good spot for private parties and plans to expand the menu during the warmer months of the year.

That space with what looks like a garage door on the right side of the second floor he's calling "The Shed." It will provide storage for the deck furniture in the winter and also have game spaces with a pingpong table and some old-style pinball machines.

The open deck covers about a third of the depth of the building, and the structures on the second floor go about another third of the way back — which leaves room, Kelch says, for a green-roof garden in back that he anticipates will produce much of the fresh greens for all the restaurants in the building.

Kelch says he expects it will take nine to 10 months from now to build the new structure and get it open — so that garden space will have to wait until year two to go into production.