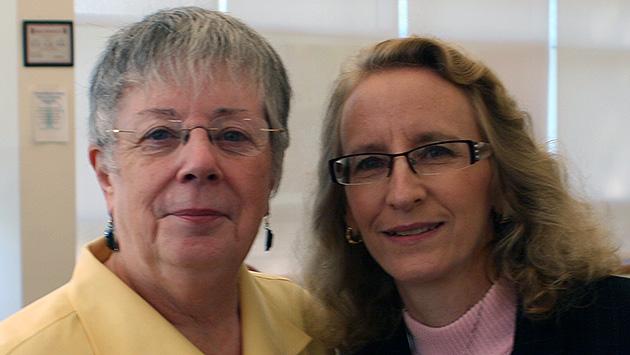 Top: Barbara Hiller and Mary Brown will lead District 65 schools on an interim basis in the wake of the resignation of Superintendent Hardy Murphy.