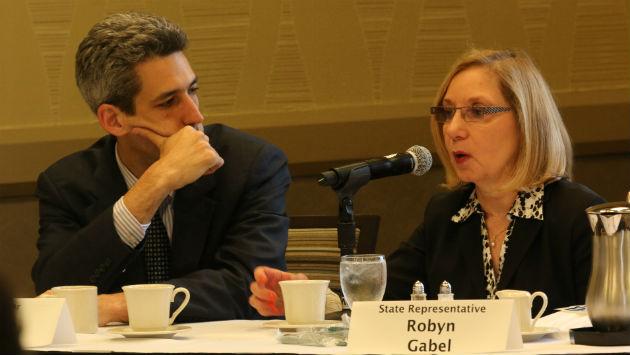 Local lawmakers can expect some questions this morning at the Evanston Chamber of Commerce's annual legislative breakfast about last week's decision by the state supreme court throwing out the pension reform package.

The court's ruling — which said the plan violates the state constitution — makes the legislature's job of trying to fund the public employee pensions while not radically cutting other state spending a lot more difficult, and is likely to bring calls to bring back the temporary income tax hike that was recently allowed to expire.

The Evanston City Council this evening has an unusually light agenda, with no Planning and Development Committee meeting. It is scheduled to approve a $42,000 grant to expand funding for job training programs at Curt's Cafe on Central Street and the new Curt's Cafe south on Dempster Street. And it's expected to approve issuing a request for qualifications for theater groups that might open a new performing arts space in city-owned buildings in the 700 block of Howard Street.