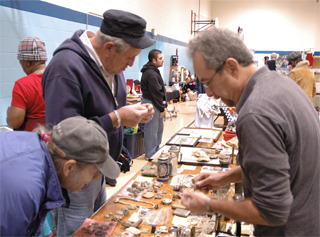 It was beer steins over here and painted wastebaskets over there Saturday at the annual Robert Crown Center Flea Market in Evanston. 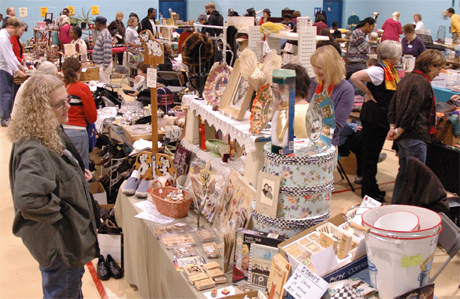 There was a good amount of traffic and the gymnasium was nicely filled in.  On one hand I wasn’t as impressed as I might have hoped at the variety of goods, though on the other hand I did come home with a bargain book and some ancient Greek and Roman coins in hand, as well as having met some very nice folks along the way. 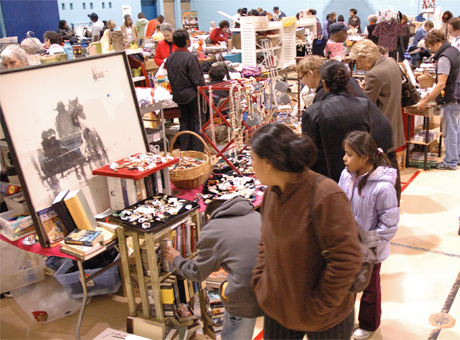 I had expected to see more antiques, old historical tidbits and the like, and while there were some they seemed to be more the exception than the rule. 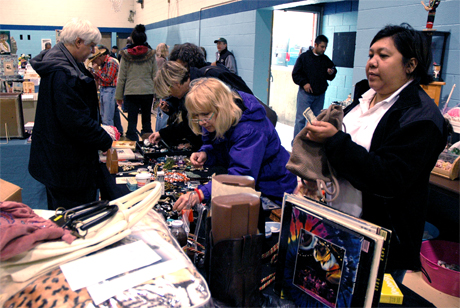 Nonetheless the vendors were very friendly folks and the turnout was impressive, so I’d say as an event, it seemed to go well and I think it has potential to get better moving forward — especially in light of current economic conditions.