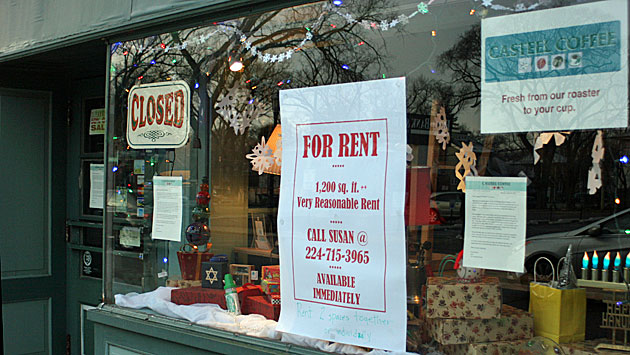 Casteel Coffee on Central Street in Evanston closed over the weekend.

In a message emailed to customers and posted on the store windows owner Carol Harris said she "took many measures to avoid this alternative, to no avail."

Casteel, which traces its history to 1987, when Lee Casteel began roasting coffee in Evanston, has operated over the years as the Bean Counter Cafe on Central Street, as Casteel Coffee on Main Street, and in the location now closing at 2924 Central.

Harris says customers can get orders filled through Uncommon Grounds of Saugatuck, Mich., which has been roasting coffee for Casteel for the past several months.