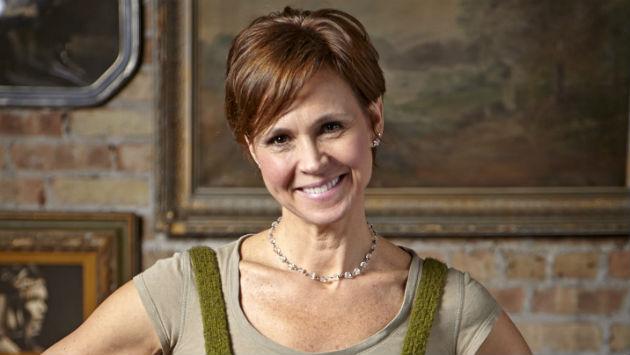 Amy Morton says her transformation of Evanston’s Found Kitchen, to be revealed this evening, is fueled by her fascination with the 1960s – the next generation that fascinated her after her previous 1920s theme.

“Found Restaurant and Social Club will still be local, quirky and hospitable,” she says. “It’s a fresh take.”

Morton says her goal for the restaurant at 1631 Chicago Ave. is to spark a conversation, whether about the food or current events.

She’s wanted change at Found for a while and as she thought about the 1960s, she says, she realized that 50 years later we’re still talking about the same things — civil rights, the environment, women’s rights, Cuba.

The food or décor may spark a discussion. “It’s all about the conversation,” she says, but in the end, “I’m just a saloon keeper.”

A salmon dish from the new menu. (Hugh Galdones photo)

The new menu, developed with executive chef Bradford Phillips, will be moderately priced with smaller portions. No menu item will cost more than $20, except for the caviar, which harkens back to Morton’s days at her Old Town bistro, Mirador.

“When Found opened, it was a moderately priced, shared plate restaurant,” Morton explains. Over time the portions and prices got bigger. “It’s going back to its affordable roots.”

The food will be lighter and a bit cleaner, she says, with more vegetables. About a third of the menu is vegetarian, about a third vegan and about a third protein. The menu will have a kids section as well as happy hour items for as little as $5.

The menu also includes a Sunday Brunch with the Beatles, featuring kombucha, house made juices and Sparrow coffee.

The bar has been redesigned, with more and varied seating. “I want people to know they can come in for drinks and not just dinner.” The bar bites menu has both wine and whiskey pairings, and there’s a whiskey program curated by whiskey aficionado Dave Sweet.

The décor will feature lush greenery reminiscent of Cuba and vibrant Middle Eastern textiles harkening back to The Beatles’ spiritual journey to India. “Found” objects will still be on display. Music will focus on the 1960s.

Morton says she’ll continue her efforts to serve the community with her First Monday program, in which non-profits can use the space at cost for dinners, meetings or workshops, enabling less costly fund raising. “I got tired of going to benefits and spending so much money while 75 percent was going to the event,” rather than the organization, she says.

Morton also plans to continue her program of hiring individuals from marginalized backgrounds for entry-level positions, “to help provide a stepping stone to a more independent lifestyle,” she says. They still need to do the job, “but we give them a lot more chances” to succeed.

Found to reopen, Cheesie’s to close