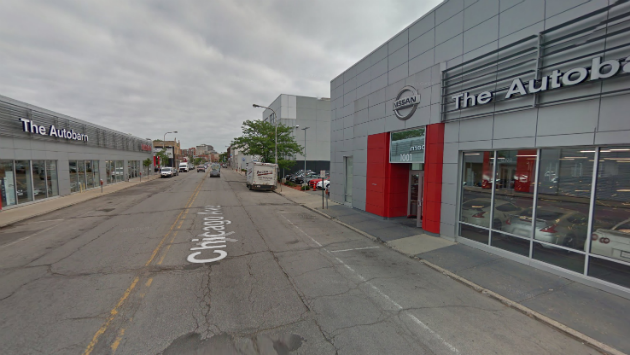 What started out late last year as a minor clarification of Evanston's zoning code has morphed into an ordinance that — if it were approved — would turn the city's only remaining car dealerships into non-conforming uses.

The original proposal, introduced in December at the recommendation of city staff and with the backing of the Plan Commission, would have specified that car and truck rental businesses could be located in the same areas where car and truck sales are allowed — the C2 commercial zone and the I2 industrial zone.

Until now the code hasn't dealt specifically with the motor vehicle rental businesses — they've been treated as retail service establishments — which could be located in many additional business and commercial zones.

She said a now-closed truck rental business on Chicago Avenue north of Howard Street had parked vehicles all over the neighobrhood and created a nuisance.

With that, aldermen directed staff to rewrite the ordinance to be more restrictive for truck rentals than car rentals.

Staff came back at the council's Jan 11 meeting with a more complicated scheme that treated car rental businesses differently based on whether they had vehicles stored on site.

Car rental offices with off-site vehicle storage would be allowed in business, commercial and industrial zones under the revised scheme, while rental operations with vehicles stored on site would be permitted only in C2 and I2 zones.

Truck rentals — presumed to only occur with on-site vehicle storage — would limited to C2 and I2 zones.

That failed to address Rainey's demand, and she persuaded the committee to again direct staff to limit truck rentals to the I2 zone only.

For last Monday's meeting, staff returned with a version of the ordinance that finally addressed Rainey's demand to limit truck rentals to I2 zones — but it went way beyond that to bar any car or truck rental or sales use from any zone other than I2.

That would bar any expansion of what's left of Evanston's traditional auto dealer row along Chicago Avenue — mostly zoned C2 — and would turn the Autobarn Volkswagen, Fiat, Mazda and Nissan dealerships now located there — which are among the largest sales-tax generating businesses in town — into nonconforming uses.

Under the zoning code nonconforming uses can remain in place — but the code imposes severe restrictions on their expansion and reuse.

Aldermen Monday night pulled the proposed ordinance from their agenda and directed staff to make unspecified revisions to the language.

Update 12:15 p.m.: Damir Latinovic, the city's planning and zoning administrator, says the next version of the ordinance, to be presented at the Feb. 8 City Council meeting, will: