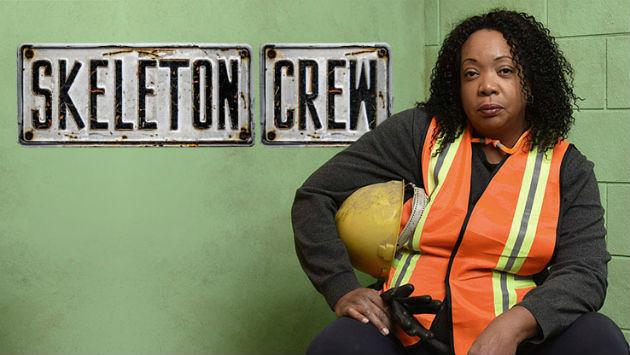 Here’s a look at some of your entertainment options in and around Evanston this weekend.

Workers face life-altering changes when rumors spread of the possible closing of one of the last auto plants in Detroit in Skeleton Crew, the third play in Dominique Morisseau’s Detroit trilogy. The play opens at the Northlight Theatre inside the North Shore Center for the Performing Arts, 9501 Skokie Blvd., Skokie, on Thursday, Jan. 25, and runs through Saturday, March 3.

If you’re in the mood for political humor, The Capitol Steps takes the stage with Orange is the New Barack also at the Northshore Center for the Performing Arts. The performance opens Thursday, Jan. 25, at 7:30 p.m. and runs through Sunday, Jan. 28. Tickets start at $34.

Northwestern University’s Winter Chamber Music festival culminates with Shared Madness, a two-event violin concert featuring Jennifer Koh. Performances are on Sunday, Jan. 28, at 3 p.m. and 7:30 p.m. at the Pick-Staiger Concert Hall, 50 Arts Circle Drive. Tickets are $30 for a single performance or $50 for both.

Two Evanston-connected groups take the stage on Sunday at Space at 1245 Chicago Ave. At 2 p.m. the Civitas Ensemble joins Dempster St. Pro Musica in a program featuring music from the Czech Republic, including Dvorak’s Dumky Trio. Tickets are $40.

Mad for hockey? You’ll have the chance to watch 15 back-to-back games during Evanston Youth Hockey Association’s Hockey Days this weekend. The event starts at 5 p.m. on Friday, Jan. 26, and resumes at 7 a.m. on Saturday at Robert Crown Center, 1701 Main St.

Kids in grades 3-5 may want to check out the games, puzzles and crafting at the Upper EL, a drop-in hangout space, from noon to 3 p.m. on Saturday at the main branch of the Evanston Public Library, 1703 Orrington Ave.

The film Burnt Oranges will be shown at 3:30 p.m. on Saturday at the library. The film is an award-winning poetic documentary by Chicago filmmaker Silvia Malagrino that examines the long-term effects and repercussions of Argentina’s 1970’s state terrorism.