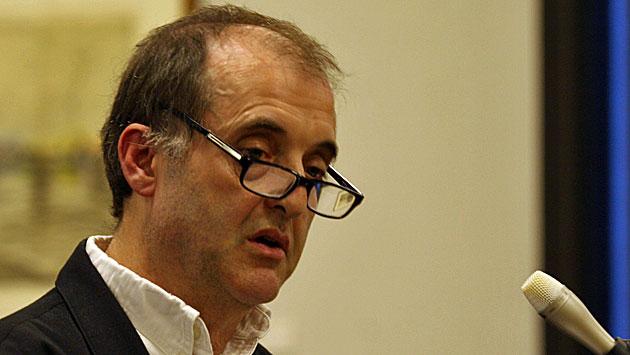 The aldermen voted 8-0 to approve the extra time for the project at 727-29 Howard Street that seeks to turn a city-owned former storefront church into a performing arts space.

Alderman Ann Rainey, 8th Ward, said the theater project is more complex than one in the 600 block of Howard, where redevelopment of a city-owned building is farther along.

Alderman Jane Grover, 7th Ward, said she was impressed that the project has made as much progress as it has in the nearly 18 months since the city purchased the property.

City Lit Artistic Director Terry McCabe, who lives at 706 Washington St. in Evanston, said the group is working with a consultant to assess its ability to raise capital funds to carry out the project.

And a city planner, Johanna Nyden, said the next step is to get construction estimates on the project — which would raise the roof on a portion of the building. 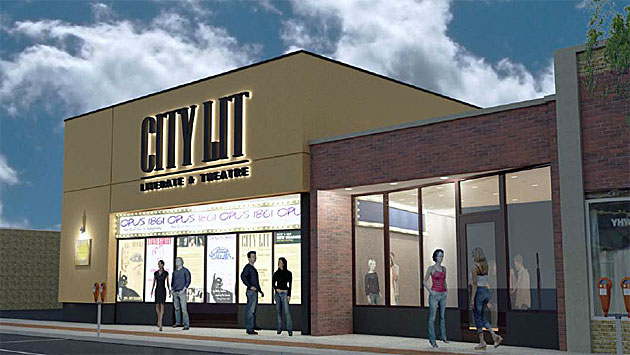 Top: City Lit's artistic director, Terry McCabe, speaks to aldermen Monday night. Above: A rendering of the one-story version of the proposed conversion of the 727-29 Howard building into a theater.

Two versions of the work are under consideration. One would raise the roof enough to provide room for theatrical lighting. The other would add a second story to the building over the theater space.

The less-elaborate expansion has been estimated to involve a city subsidy to the group of roughly $700,000.

Under the plan the theater group would buy the building from the city in three years, for the price the city originally paid for the unimproved building.