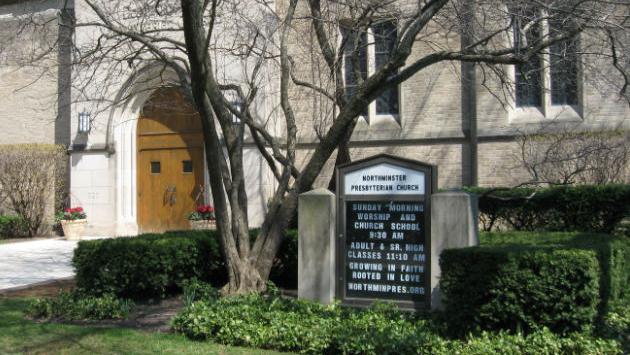 “Northminster for many years had its own theater troupe and so has a long tradition of supporting the arts,” says 2nd Act co-founder John N. Frank. “We are thrilled to be able to call a theater with such a great tradition our new home.”

“Our new relationship with 2nd Act Players fits perfectly into Northminster’s commitment to be an engaged, provocative and welcoming gathering space for our neighbors on the North Shore,” said Rev. Michael Kirby, senior pastor at the church, located at 2515 Central Park Ave. in northwest Evanston.

“Theatre provides a distilled version of life, a unique opportunity for empathy and seeking understanding, tasks the actor shares with the community of faith. I’m looking forward to the ways we can learn with and from one another,” Kirby added

The 2nd Act Players began life in 2013 as a pop-up theater, renting space from the Piven Theatre Workshop to stage its productions.

Having a permanent home, in the theater located in the church basement, will allow the group to stage more productions with longer runs each season than it has in the past, Frank says. It will also provide a home for the 2nd Act Players’ Improv wing, allowing that to expand as well.

The group will open its new season at Northminster in October with the new drama, "The Institute," which takes a poignant look back at four men who attended military school during the height of the Vietnam War and the moral choices they faced.

The play will serve as a jumping-off point for a larger conversation about the Vietnam era, the fate of Vietnam veterans and the issues they and other vets face today.

“We’ve already reached out to local art galleries, film makers and artists to plan coordinated exhibits, discussions and other elements during October and November and expect to be announcing several partners shortly,” says Frank.

“The late 1960s were some of the most turbulent years in American history and, in many ways, raise questions and parallels to what we face today. We want to showcase art that deals with the era as well as sponsor discussions that will focus on the ongoing needs of Vietnam-era and other American veterans.”

The 2nd Act Players also is accepting entries for its first one-act play competition. Two winning scripts will be chosen for staging in early 2017 as the second half of the season.

“Entries have been pouring in and we expect a lot more before our May 1 deadline, Frank said. "This competition is in keeping with our mission to showcase new talent, I can’t wait to get started on these new plays.

2nd Act Players also is in the midst of a major fund-raising campaign, seeking sponsors to further its mission. To date, Dale Bradley and the Bradley Investment Center, First Bank & Trust, Creative Coworking and Rich Haskell and Wells Fargo Advisers are among the sponsors.