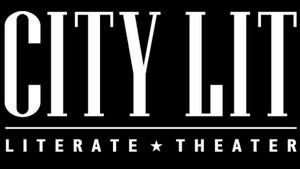 Evanston aldermen tonight are scheduled to vote on whether to begin formal talks with a Chicago-based theater company about moving into a city-owned building on Howard Street.

The non-profit City Lit Theater now operates from the second floor of the Edgewater Presbyterian Church at 1020 W. Bryn Mawr in the Edgewater neighborhood on Chicago's north side.

The theater, which was established in 1979, focuses on "concert readings and full-stage productions of adaptations of literary material, scripted plays by language-oriented playwrights" according to its website.

The theater company is seeking a lease-to-own agreement for property at 727-29 Howard St.

The building is one of three properties on Howard east of Ridge Avenue acquired by the city last year as part of an effort to revitalize that section of the street.

That effort started in 2010 with a move by Alderman Ann Rainey, 8th Ward, to limit the spread of storefront churches on the street, which she said were a blighting influence on the area.

The Polarity Ensemble Theatre, which had been considering the site, reportedly is no longer seeking to acquire the property, although Alderman Rainey says it may end up staging some of its performances there.

The proposal to be voted on tonight anticipates an $1,800 a month rent for the space, with an option for the theater company to buy the building for the $325,000 the city paid to acquire it.

The cost of renovations, including raising the roof to provide space for lights and other equipment above the stage, remains to be determined.