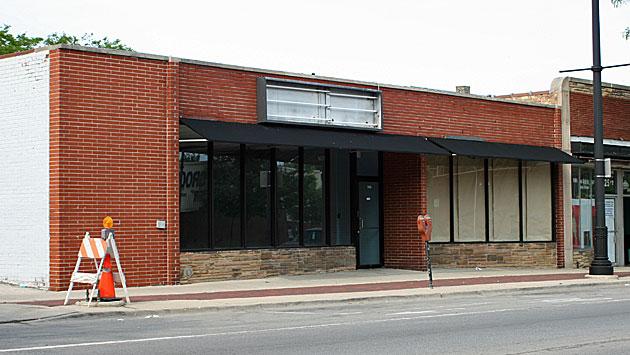 A vacant storefront building acquired by the City of Evanston this winter from the bank that foreclosed on it could become the new home for a local theater company.

City officials and volunteers working on the concept will meet Friday morning at the nearby Howard Street Police Outpost to discuss plans for turning the building at 727-29 Howard into a new home for the Polarity Ensemble Theatre.

Richard Engling, the theater's artistic director, who lives at 135 Asbury Ave. in Evanston, says his alderman, Ann Rainey, approached him about the possibility of moving the theater group to the Howard Street space.

Polarity, which was named the best emerging theater company in Chicago by the Chicago Reader in 2008, now stages its performances at the Josephinum Academy in Chicago's Wicker Park neighborhood.

Engling says it's not yet entirely clear whether the project will make financial sense for the group.

Transforming the storefronts into a theater would not only be a difficult task, but would cost quite a bit of money, Engling says, and the company has never undertaken a project like it before.

But Engling says he's been working closely with the city and volunteer architects and financial advisors through a series of meetings to determine whether the project is feasible and hopes to be able to decide whether to proceed with it by the end of next month.

Engling says the space would most likely be shared by other theater groups. "This isn't just for the Polarity Theatre, but all other small performance companies. There is always a lack of space for small companies like ourselves," he added.

The Howard Street building most recently housed a storefront church that was one of numerous such institutions that Rainey complained last fall were ruining the potential for economic development along Howard Street.

The building last fall when it still housed a storefront church.

She originally sought to require that any new church in any business district have to seek a special use permit, which would give aldermen veto power over its establishment, but the council ultimately adopted a compromise proposal that limited the restriction to churches along Howard Street.

Engling says that, to make the project work, Polarity — which as a non-profit already relies on donations and volunteer aid — will need "more help from the citizens" to pull off the move to Howard Street.

Rainey says anyone interested in the project is welcome to attend the 9 a.m. meeting Friday at the police outpost, 633 Howard St., at which she expects preliminary drawings for remodeling the space will be presented.