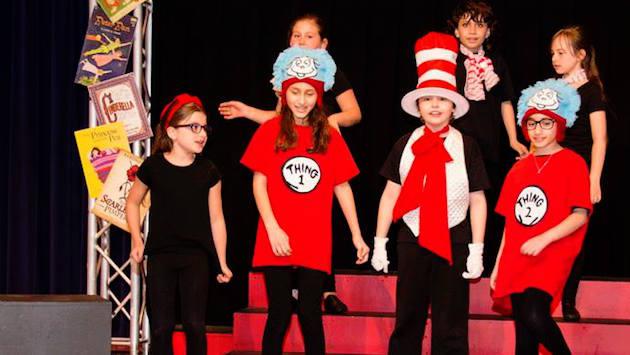 Skokie Theatre is debuting a new program for young actors. “Acting Up!” — for grades 2 through 6 — is an eight-week performance workshop featuring new works by local playwrights created specifically for the participants. Registration is now open for the program.

Starting Feb. 8, the program, taught by Robert Eric Shoemaker, will meet twice weekly. Acting Up's curriculum begins with acting intensives in improvisation, monologue, and scene work, which transitions into workshops of the three playwrights’ new short works. These short works are created while in rehearsal with the participants, and each piece is crafted for the students in a small group with the playwright.

“It’s a combination of several ideas from theatre programs in the city,” said Shoemaker. “This offers a unique opportunity for young people- and the adults on staff- because there are very few new works programs for youth in the Skokie/Evanston area. Everyone will have fun and get the chance to learn from one another about every aspect of theatre.”

Shoemaker is joined by three local playwrights: Rick Kinnebrew, Susan Lieberman, and Gaby Giocomo. Kinnebrew’s play “Ten Dollar House” recently opened at Piccolo Theatre to acclaim from audiences. Kinnebrew also, until recently, was a popular librarian in Evanston. Lieberman’s work has been seen across the country, including multiple commissions. Giocomo is a self-starting young playwright with a penchant for Neil Simon. Together, this group offers students a wide variety of knowledge to learn from.

Shoemaker, lead teaching artist and director of the program, who also writes about the arts for Evanston Now, will direct the students in a final showcase of the short plays on April 1 and 2. Shoemaker’s own plays have been seen around the city, and his directing work has featured, most recently, a guest company slot at Redtwist Theatre in Edgewater.

“I’m excited to bring this new experience to students in Skokie, and those who can come from the surrounding area,” said Shoemaker. “This is the pilot program for what could become a unique element of the area’s theatre education community.”

"Acting Up" begins Feb. 8; classes Mondays and Wednesdays from 4 to 6 p.m. Performances April 1 and 2. Online registration is available.