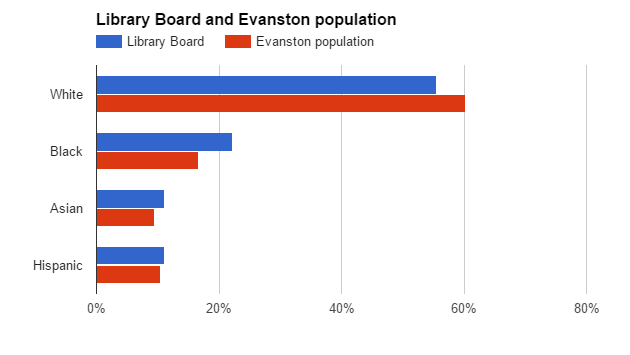 The Evanston Public Library is currently embroiled in a controversy about the possible dismissal of its only African-American librarian.

Here’s some background information that you may find useful in following the story.

The library board is a nine-member body. As shown by the chart above, its racial and ethnic composition closely matches that of the population of the City of Evanston.

Board members are appointed by the mayor to serve three year terms. Because of state statutes, they have far more autonomy than any other appointed board in the city. They can hire and fire the library director, set the library’s budget and establish its tax levy.

The only constraint on the board’s taxing authority is that the City Council could vote to reject any levy amount that exceeds a referendum-approved tax cap. But while the board’s levies have exceeded the tax cap, the Council has not yet exercised that authority.

The terms of three board members — Margaret Lurie, Shawn Iles and Vaishali Patel — expire at the end of this month. Mayor Steve Hagerty has said he plans to decide who to appoint, or reappont, in time for the names to be confirmed by the City Council on June 26.

Traditionally, library board members, like members of most other city boards, have been limited to two three-year terms. The library board voted last year to exempt itself from that rule. Of the three board members whose terms are ending, only Margaret Lurie is completing a second full term.

Lesley Williams, the library employee whose job is on the line, has worked at the EPL for 21 years. She is currently is head of adult services and served as acting interim director of the library for a time in 2011. 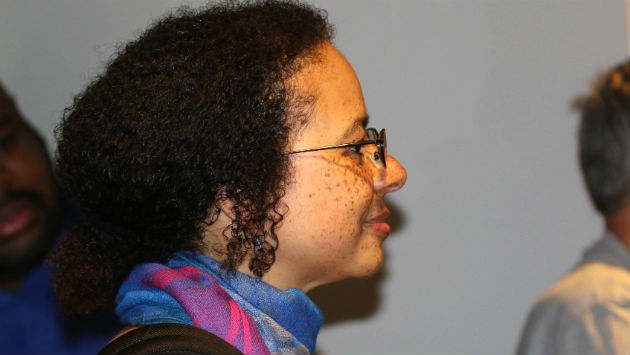 While she has sometimes portrayed herself as a lonely voice for equity and inclusion at the library, the board has argued that its members and the entire library staff are on board with those goals.

A trove of email messages and other documents released in response to a Freedom of Information Act request indicate some board members have considered Williams a divisive figure on the staff for a number of years.

Whether Evanston should have branch libraries and — if it does have them — how many and where they should be located — has been a controversial issue for years. 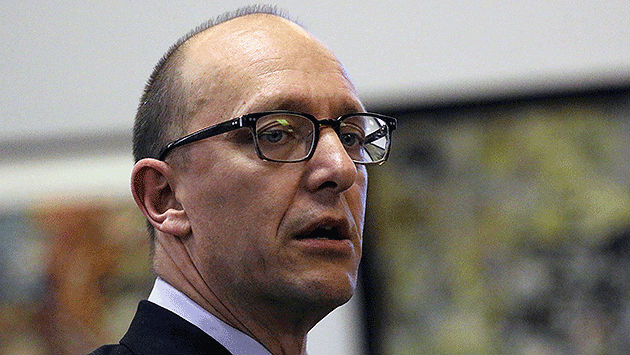 The library board’s current president, Michael Tannen, first became involved in library issues as a leader of a community group defending the branches against budget cuts.

The library board has spent money to refurbish the North Branch libary and create a new South Branch. It’s also pledged to issue $2.5 million in bonds toward creation of a new branch library as part of the planned new Robert Crown Center on the city’s west side. 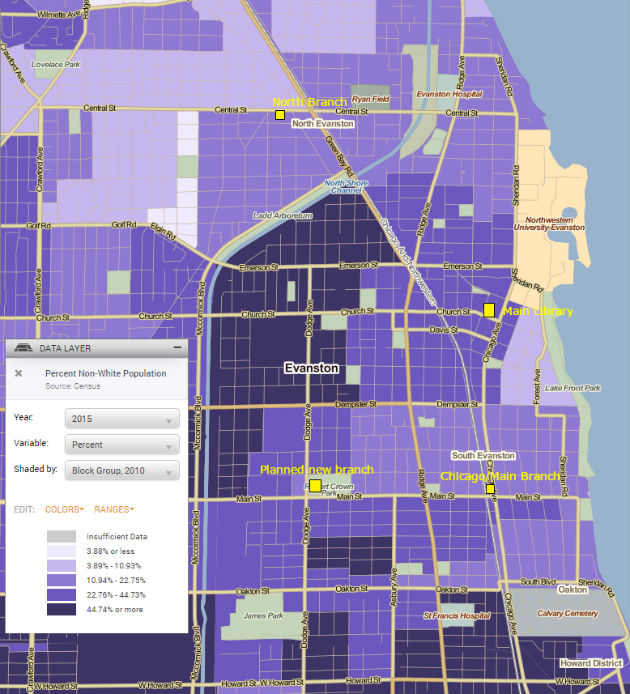 The 2015 non-white population share for Evanston neighborhoods at the census block group level mapped by PolicyMap.com with library locations added.

While the library offers some programming at the Fleetwood-Jourdain Center and the Gibbs-Morrison Center in the 5th Ward, it hasn’t had a permanent facility in that ward for decades. Nor are there plans for a branch library in the far south end of the city — the other part of town with the highest non-white population.

Some of the individuals and groups backing Williams argue the city needs to add more branches in neighborhoods with a high proportion of minority residents.

Activists backing Williams also demand that the library hire an outside consultant to conduct an equity audit of the organization. The city recently hired an equity and empowerment coordinator to do such work, but one speaker at Friday’s rally for Williams said she couldn’t be independent because she reports to the city manager.