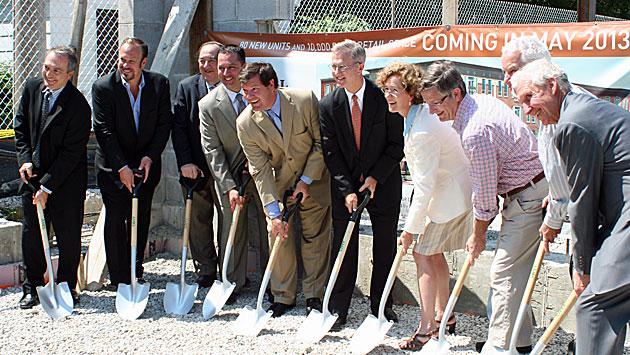 Evanston's recovery from the condo market collapse hit another milestone this noon with ground breaking for the Central Station apartments.

The 80-unit development on the former Evanston Theater site at 1700 Central St. has been in the works since 2004, said developer Bob Horne of Dodge Capital LLC. 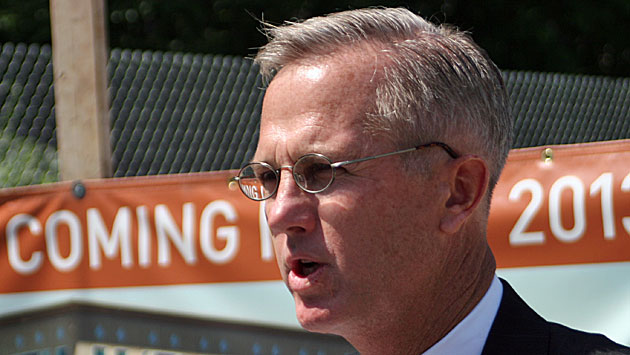 That's when, Horne said, he first started negotiating with the owner of the shuttered theater to purchase the property, which initially won city approval in 2007 as a four-story, 51-unit condominium development called The Eastwood.

"But when the condo market cratered," Horne said, "we had to scrap that project and resurrect ourselves again."

The reconfigured plans for the apartment project were approved by the city last fall.

Tom Moran of M&R Development, a 43-year resident of Evanston and now co-developer on the project, said that combined with the AMLI Residential apartments on Chicago Avenue and the Focus Development building on Ridge Avenue, more than 500 apartment units are now under construction in Evanston.

Moran said there are two reasons developers are willing to take risks on building apartments today. 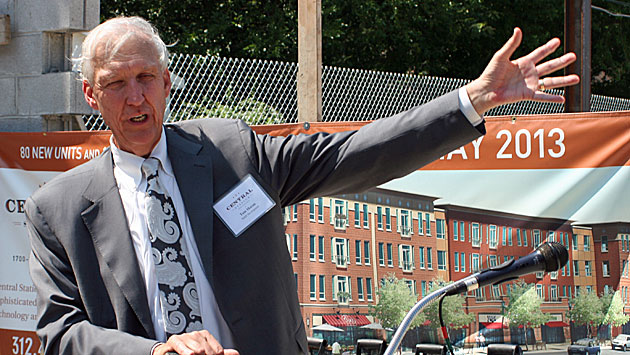 One, he said, is that the government's easy money policies caused too many condos and homes to be built, and after the financial crisis a lot of people are losing their homes and moving into apartments.

But the more important reason. he added, is that there are 78 million people in the United States between 15 and 35 — the kids of the baby boomers.

Moran said 3.5 million young people a year will form households over the next five years — and they're looking for apartments to live in.

But they'll have to have well-paying jobs to live at Central Station. Moran said the development, with two-thirds one bedroom and one-third two-bedroom units, will have rents starting at $2,100 a month at its scheduled opening next May.

Those prices, he said, are dictated by the developers' commitment to make the building "the best property Evanston has seen," with an average cost per unit of $270,000 for units that average just under 1,000 square feet.

Moran also predicted that the new building, with retail space on its ground floor, would lead to a revival of retail activity on Central Street east of the Metra tracks.