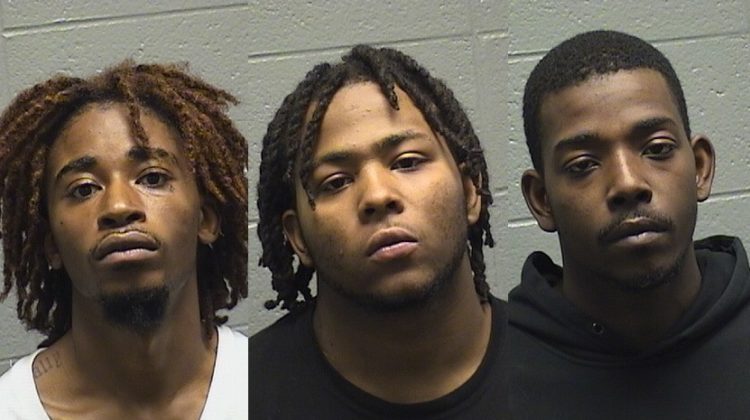 Three reputed gang members are being held without bond on first-degree murder charges in the shooting death of 29-year-old Andrew Williams of Evanston.

Evanston police identified the three as Ronald Green, 23, of the 1700 block of Central Street in Evanston, and Tyree Hooper, 22, and Terrence Hooper, 23, both of the 2800 block of 223rd Place in Salk Village.

The Chicago Tribune reports that at a bond court hearing Sunday prosecutors said Williams was killed as he walked to a friend’s car to go buy ice for his own birthday party.

They said Green and Tyree Hooper walked up to Williams outside his home in the 1900 block of Hartrey Avenue about 3 p.m. on Sunday, July 26, and fired multiple shots hitting Williams in the neck, torso and arms.

The gunmen then got into a silver Nissan that prosecutors say was driven by Terrence Hooper.

The three men charged reportedly are members of the ABM gang and were feuding with D Block gang members. Prosecutors said Williams was friends with members of D Block.

No arrests have been made yet in two other Evanston murders last month.