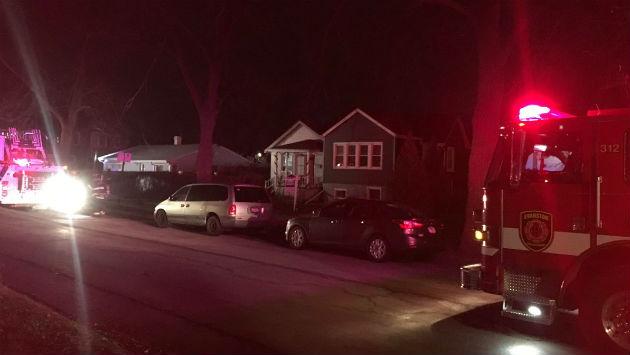 Evanston fire officials say three people were transported to the hospital with minor injuries from a pre-dawn fire this morning in the 1700 block of Brown Avenue.

Fire Division Chief Paul Polep says the fire started in the attic of the home and was first reported at 3:51 a.m.

Polep says all the residents managed to get out of the house before firefighters arrived.

He says fire crews found heavy smoke and moderate fire conditions in the rear of the building and managed to extinguish the blaze within 30 minutes of the initial call.

The three people taken to Evanston Hospital were treated for minor smoke inhalation and have been released.

The damage to the structure has displaced the family, who are being assisted by relatives, Polep said.

There were no reported firefighter injuries and the cause of the fire is still under investigation.