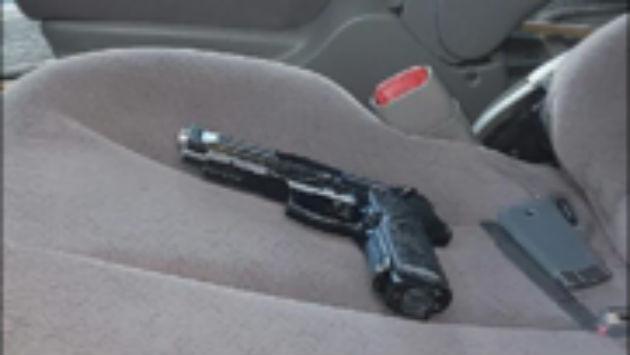 Chicago police reportedly have three juveniles in custody after an armed robbery in Evanston this afternoon.

Evanston police responding to the robbery call initially chased the suspects as they drove down Ridge Avenue toward the Chicago border, but then broke off the chase.

Chicago police then picked up the chase, which ended with the suspects bailing out of their car on the beach at the foot of Columbia Avenue in Rogers Park.

Chicago officers then managed to take the suspects into custody about a block away in the 1100 block of Pratt.

Police reportedly found a gun inside the abandoned car.

Evanston police are transporting the robbery victim and a witness to see whether they can identify the juveniles in custody.

Update 5:30 p.m.: The juveniles are being transported to the Evanston police station and their car is being towed.

Update 5:40 p.m.: Evanston Police Cmdr. Joseph Dugan says the incident began in an alley in the 1700 block of Monroe where the juveniles held up a 70-year-old female Evanston resident.

Dugan says Chicago police found items taken in the robbery in the car — which had gotten stuck in the sand of Loyola Beach after the suspects tried to drive onto the beach.

He says Chicago police believe a fourth youth may have been involved in the robbery. He was described as fleeing from the car wearing all red clothes.

Update 6 a.m. 11/4/16: Dugan says the three juveniles in custody have been charged with aggravated robbery. One is a 15-year-old from Calumet City. The others, both from Chicago, are 16 and 17 years old.

The gun recovered from the stolen car the suspects were driving turned out to be a pellet gun designed to look like a regular handgun.

Charges regarding the stolen car and the fourth suspect in the robbery are pending further investigation by juvenile detectives.