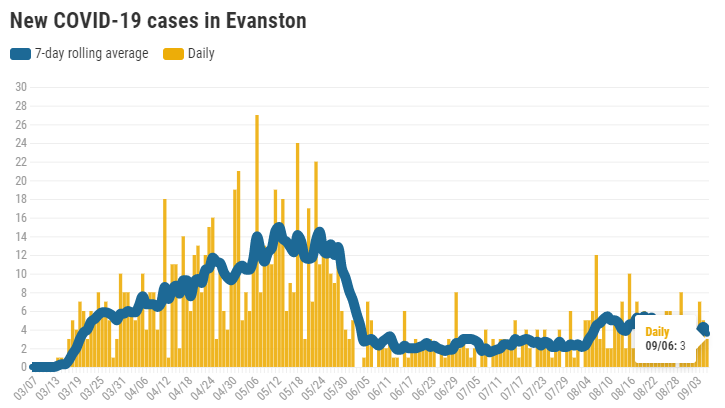 Evanston’s case count now stands at 1,015 by the city’s tally and at 1,018 in the tally from the Illinois Department of Public Health, which reported test results for 172 Evanston residents today including two positive cases for a positive rate of 1.2%.

Evanston’s death toll from the pandemic remained unchanged today at 72.

Gov. J.B. Pritzker and state health officials are urging residents to be careful at Labor Day weekend gatherings — wear masks, keep a safe distance from others and wash hands frequently.

Gathering in large groups, sharing utensils and partying indoors could be a recipe for a resurgence of the virus, they warn.