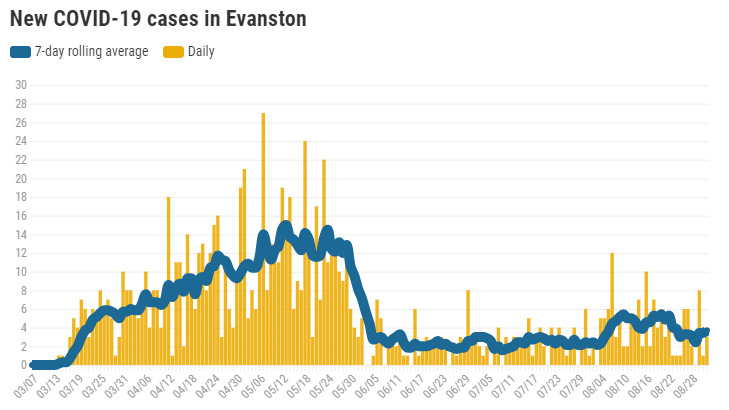 The number of test results the Illinois Department of Public Health reported statewide today, 22,961, was the lowest since early July and caused the daily positive test rate to jump to 6.9%, compared to a seven-day average of 4.3%

The IDPH included test results for 126 Evanston residents and found seven new cases, all but one of them in the 60201 ZIP Code.