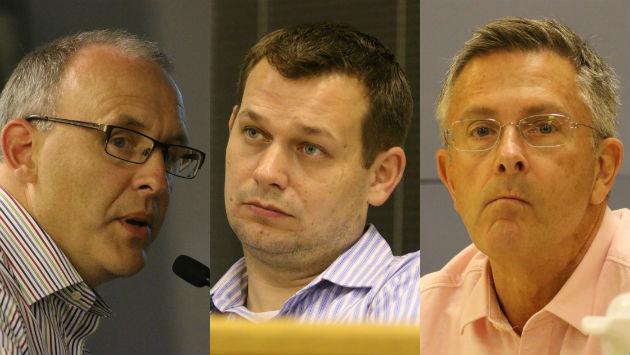 At least three Evanston residents now say they're planning campaigns to be elected mayor next spring.

The announcement in July by Mayor Elizabeth Tisdahl that she wouldn't run for a third four-year term opened up the race. Tisdahl had run unopposed for her second term after winning a four-way contest for the job the first time around.

Tisdahl injected herself into the race for her replacement Monday with comments to the Daily Northwestern suggesting she had doubts about Miller's ability to work well with others. Tisdahl appointed Miller as alderman in 2015 to replace Coleen Burrus, who resigned.

One notable thing about the potential field so far is that all the candidates are men. Evanston's last three mayors — dating back to the election of Joan Barr in 1985 — have all been women.

Would-be candidates have until Dec. 19 to collect the petition signatures required to qualify for a position on the April ballot.