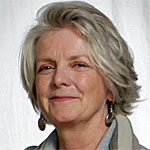 Jan Fischer becomes chief financial officer moving up from her current position as finance manager, with new responsibilities in the areas of foundation management and donor services,

She has been finance manager at the foundation since 2005.  Fischer will continue to direct financial and accounting activities, and serve as secretary to the foundation's investment committee.

"Jan Fischer has supported our endowment committee in its investing activities. In these years when the number of funds at ECF has increased substantially and the complexity of the investing activity and reporting has increased significantly, her skills and experience have been invaluable," said Evanston Community Foundation President and CEO Sara Schastok.

"And at this time when our community roles are growing along with our funds, I am pleased to bring Jan's capacities for working with donors, community organizations, auditors, and vendors to a broader role here as second in command."

An honors graduate of the University of Illinois, Fischer is a CPA and was an auditor at Price Waterhouse, Chicago, before entering the executive search field with William H. Clark Associates and subsequent positions with Boyden Global Executive Search and A.T. Kearney Executive Search, all in Chicago. 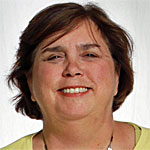 Marybeth Schroeder, the foundation's senior program officer since 2008, takes on a new role as vice president for programs.

She joined ECF in 1999 as the half-time director of the Leadership Evanston program, and began assuming additional foundation program responsibilities in 2002.

"Our collaborations with the Mammel Foundation and with the Grand Victoria Foundation have given us opportunities to move from straightforward grant awards to more complex sets of relationships that involve technical assistance. An important function of today's ECF is our facilitation of collaborative ventures," said Schastok.

"Marybeth's creativity in this work has broadened the ways in which the Foundation supports organizations poised for healthy growth."

Schroeder is a graduate of the University of Illinois and earned her master's in library science from the University of Chicago.   She has held a diverse set of jobs, held together by a passion for information, adult education and community engagement. 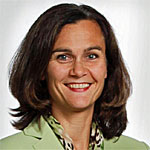 Osterlund worked nearly 13 years at The Rotary Foundation of Rotary International; rising from a coordinator in the scholarship program to her final position as division manager of educational programs. She holds a bachelor's degree from Miami University of Ohio.

Evanston Community Foundation Board Chair Penelope Sachs said: "These promotions are a sign of the Foundation's maturity and its rapid growth under Sara Schastok's leadership."

"Our assets have grown to $15 million since 2000, and with growth comes an expansion of our roles.  From a small community grantmaker we've truly become a resource ensuring that Evanston thrives as a vibrant, inclusive, and just community," Sachs added.

Maureen Powers is a new program officer at the foundation. Powers is a key liaison with Evanston's nonprofit community, managing the foundation's responsive grantmaking and developing workshops and other training opportunities.

Powers was interim executive director there in 2009-2010 and was director of programs and foundation administration at Zonta for eight years, directing a $4.5 million portfolio of grants and programs.  Powers holds a bachelor's degree in communications from Loyola University in Chicago.

"We're excited to have someone with Maureen's depth of experience in grantmaking join our staff," said Schastok.  "As our capacity to make grants has multiplied in recent years, we strive to improve our knowledge of best practices in philanthropy."